Korean pop group BTS announced on Tuesday that it was taking an indefinite “hiatus" so that its members can focus on their solo activities. 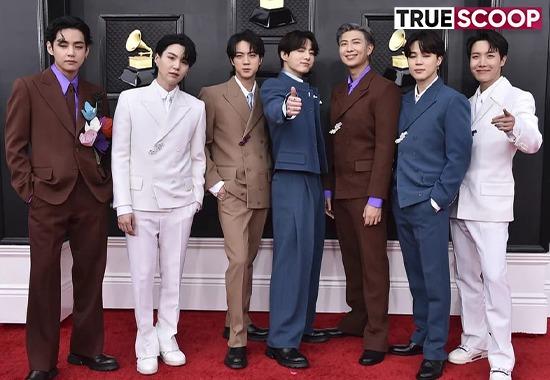 Korean pop group BTS announced on Tuesday that it was taking an indefinite “hiatus" so that its members can focus on their solo activities.
Jin, Suga, Jungkook, RM, J-Hope, Jimin, and V announced that after a career spanning almost 10 years, they will be taking a break to focus on their solo projects. The seven members of the K-pop group, which generates billions of dollars for the South Korean economy, announced it during their annual dinner called FESTA, which was broadcast via streaming.
RM, one of the 27-year-old members, said that after BTS's latest Grammy-nominated singles, the group members were "exhausted ." “I don't expect your full understanding, but I hope you understand. We will spend some time on our own enjoying and experiencing new things to return in front of you with a more mature face. Because of that, I hope you will support us,” Jungkook said.
“ The problem with K-pop and the whole idol system is that they don't give you time to mature. You have to keep producing music and keep doing something ”, she explained, stating that she needs “ some time alone”. J-Hope denied that this is the end of the group. “I think it is necessary to separate you a little. I hope you don't think about this negatively and know that it is a very healthy plan. We are not going to leave the group.”
Suga, who recently premiered “That That with Psy”, reaffirmed that this time apart does not mean that BTS is disbanding. "It's not like we're breaking up. We're just living apart for a while." Jimin, 26, said for his part that we are all "starting to think about what kind of artists we each want to be to be remembered by our fans." “I think that is why we are going through a rough patch now, we are trying to find our identity and that is an exhausting and long process,” he added.
Also Read: Sriya Reddy shares BTS moments from sets of 'Suzhal- The Vortex'
At the end of the dinner, several of the members broke down in tears as they thanked their fans, known as Army. On June 10, BTS shared their latest record material titled ' Proof ', which is an anthology album and consists of three unreleased songs 'Run BTS', 'For Youth', 'Yet to Come', this being the last lead single. Days ago, it was revealed that J-hope, a member of BTS, would lead the Lollapalooza Chicago 2022 festival next Sunday, July 31, this being his solo debut.