Sundar Pichai, the Alphabet CEO, could find himself in trouble as Court orders him to answer questions regarding “incognito” mode 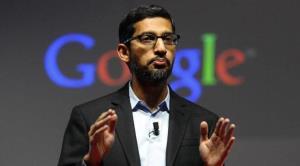 Social media giants like Google and Facebook have often been questioned about privacy. People have, on several occasions, hit the doors of courts around the world to sue these companies. While there is not much success tasted by any of them yet, a case about Alphabet (formerly Google) CEO Sundar Pichai has made headlines lately.
A lawsuit filed in June 2020 accused Google of unlawfully tracking users' usage in Google Chrome’s “incognito” mode, which the browser promises not to take information from. To be more precise, consumers accused Google of invading their private browsing experience. They said Google took a note of their browsing history and other things despite promising not to be in the “incognito” mode.
As the case escalated further, a California federal judge has now ruled that Sundar Pichai could be questioned for two hours about the issues pertaining to “incognito” mode.
The plaintiffs are arguing that Pichai has "unique, personal knowledge" of issues relating to the Chrome browser and privacy concerns, a Monday court filing showed.
ALSO READ: Watch what happens when Sundar Pichai forgot to unmute his video call
However, Google spokesman José Castañeda said that these new requests were “unwarranted and overreaching".
"While we strongly dispute the claims in this case, we have cooperated with plaintiffs' countless requests ... We will continue to vigorously defend ourselves," Castañeda told Reuters.
Earlier, Judge Lucy Koh had also allowed consumers to question Google’s chief marketing officer, Lorraine Twohill, about the incognito mode.
Now the lawyers fighting for users, who complained of Google tracking their information in the “incognito” mode, want to question Pichai, the current CEO of the company.
The consumers in the suit are represented by lawyers from Boies Schiller Flexner LLP, Susman Godfrey LLP, and Morgan & Morgan PA. Lawyers from Quinn Emanuel Urquhart & Sullivan LLP represent Google.