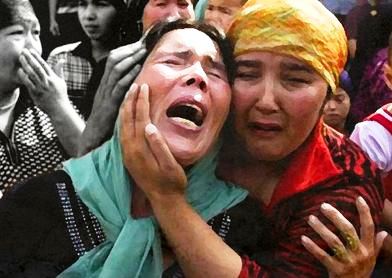 Canada votes in Parliament and becomes the second country to recognize the treatment of Uighur population in China as genocide. Reportedly, such a vote now is likely to raise diplomatic strains between China and Canada.

The non-binding motion was brought forward by opposition Conservations and lawmakers approved it. It recognizes the actions of China in Xinjiang province as genocide of Uighur population. Uighurs are Muslims and are being maltreated in the country.

Although, the Prime Minister Justin Trudeau didn't participate in the motion on Monday but liberals who were present, voted in favor of the motion. Marc Garneau, the foreign affairs minister, reportedly had abstained on behalf of the government.

Shortly after Donald Trump left office and Joe Biden assumes charge, United States became the first country to call the actions of China in the north-western Xinjiang as genocide of Muslim Uighur population.

The attempt on the same lines in United Kingdom failed to yield any result.

As per reports, it will now prove to be a test for Canadian PM because he has always tried to strike a balance and ensure cordial relations with China.

Previously, Trudeau's liberal party had termed the word 'genocide' having loaded connotations. Now the China's ambassador to Canada has criticized the vote. Cong Peiwu said, “We firmly oppose that because it runs counter to the facts. And it’s like, you know, interfering in our domestic affairs.” He added there is nothing like genocide happening in Xinjiang.

What reports suggest about Uighurs?

According to a report published in The Guardian, more than 1 million Uighur population have been detained in the camps at Xinjiang. They face rape and sexual violence, as per reports. However, China has always denied such allegations.

China says these camps are for the purpose of education and to root out extremism.