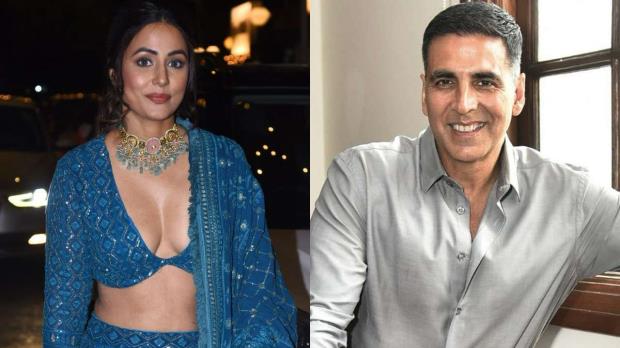 Cannes Film Festival 2022: TV actress Hina Khan made her Cannes red carpet debut in 2019. Now after three years, she is once again ready to make her mark at the Cannes Film Festival.
Due to COVID-19, after two years, the Cannes Film Festival 2022 is also being organized and Hina Khan will also attend this film festival.
According to a source in a report, 'The poster launch of Hina's Indo-English film 'Country of the Blind' will be held at the Cannes Film Festival, so Hina Khan will also be seen once again at the Cannes Film Festival.
Even before this, Hina has appeared on the red carpet twice and both her looks were highly appreciated. Both the looks of Hina Khan were quite different from each other. However, an official announcement has not been made about Hina's participation in the Cannes Film Festival 2022.
Also Read: Urfi Javed 'shakes' belly on Ranveer Singh's song, Fans dig at her 'Kapde poore pahne hai maza nahi aaya'
Hina's look was praised, Hina Khan represented India in the biggest film festival in the year 2019. In those days, her look was also well-liked by the stars. Apart from this, there was a lot of appreciation for her career and hard work in the industry. Now Hina Khan's fans and followers are also waiting for her look this year.
Change in scenario
Talking about Hina Khan's career, she started her innings on TV with 'Yeh Rishta Kya Kehlata Hai'. After working in this serial for many years, Hina Khan distanced herself from the serial.
After this, she did reality shows like 'Khatron Ke Khiladi' and Big Boss. Because of these shows, the image of her daughter-in-law changed completely. Hina Khan has also worked in many films including 'Hacked', 'Lines', 'And unlocked'.
Hina Khan, who is active in the acting world, is also very active on social media. Often she remains in the news due to her glamorous photos and videos.
Bollywood stars to join:
1. Akshay Kumar (Actor, Bollywood) 2. A. R. Rahman (International Musician) 3. Mame Khan (folk musician, singer) 4. Nawazuddin Siddiqui (Actor, Bollywood) 5. Nayanthara (Actress, Malayalam, Tamil) 6. Pooja Hegde (Actress, Hindi, Telugu) 7. Prasoon Joshi (Chairman, CBFC) 8. R. Madhavan (Actor, Producer) world premiere of Rocketry at Cannes 9. Ricky Cage (musician) 10. Shekhar Kapur (film director)11. Tamannaah Bhatia (Actress, Hindi, Telugu, Tamil film)12. Vani Tripathi (Actress)