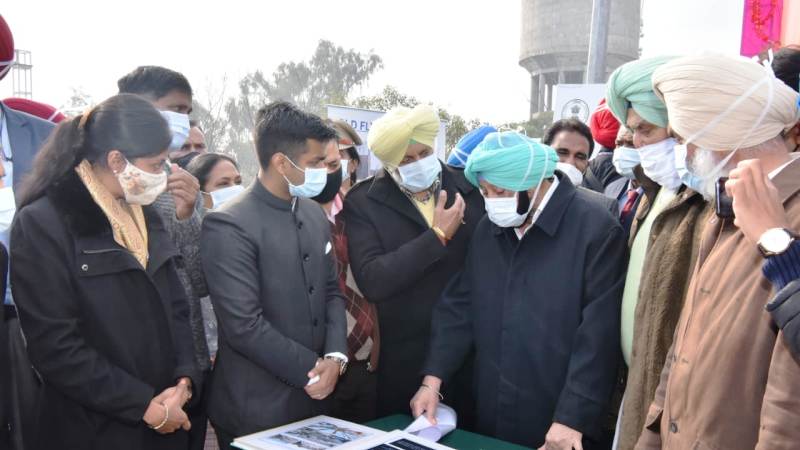 The Chief Minister termed the corridor project - from Sector-39 roundabout (CH.0+000), Chandigarh to Khanpur (CH.10+185) – as the fulfilment of a long-pending need of the people of the region. With the opening of the third phase of the corridor on December 28, the project is now 96% complete, with the remaining (one side of the road at Khanpur) expected to be completed by mid January 2021.

On the occasion, Captain Amarinder congratulated the civil administration for ensuring peaceful acquisition of land and resettlement of land owners, and also appreciated the National Highways Authority of India (NHAI) for the expeditious completion of the project, which had been extremely delayed due to the bottlenecks created as a result of the previous Akali-BJP government in the state.

When his government took over, it inherited the messy legacy of the erstwhile regime, in terms of failure to divert the traffic, non-shifting of high tension wires by the Electricity Board and non-vacation of acquired structures by land owners due to non-payment of land compensation amount, along with multiple court cases and stay orders, said the Chief Minister.

Captain Amarinder said his government started addressing the various problems, including getting Electricity Boardto shift the High Tension lines, ensuring payment of 99% compensation for acquired land, as well as vacation and razing of all 50 acquired structures. Efficient legal team removed the legal hurdles and got the stay orders vacated, while deployment of special police teams under 8 Marshalls was also ensured for traffic diversion, he added. To enable the work to continue during the Covid lockdown, special arrangements were made for labourers at the site, said the Chief Minister.

Notably, the project was started on June 9, 2016, and the first phase from Sector-39 roundabout-Verka Chowk to Balongi Underpass was opened to the public on September 25, 2020; the 2nd Phase of Flyover (Desu Majra to Khanpur) towards Ludhiana on December 12, 2020, followed by the 3rd Phase from Daun to Desumajra on December 28, 2020.

Earlier, speaking at the event, Cabinet Minister Balbir Singh Sidhu who is MLA from Mohali, said that the project, comprising 3.2 KM long six lane elevated corridor supported over single pier, 3 underpasses (Balongi, Daun and Airport Road), and major interchange at Khanpur connecting to Ludhiana and Ropar road, would benefit a large number of commuters. It would bring to an end the frequent traffic snarls which used to cause lot of inconvenience and hardship to the people. Those travelling daily to and from the tricity would be particularly benefitted, he added.