The latest one comes from a residential area in Cambridgeshire, where a CCTV captured a shadowy figure carrying a light as it walked along a deserted street. It walks down the street before suddenly vanishing behind a car. 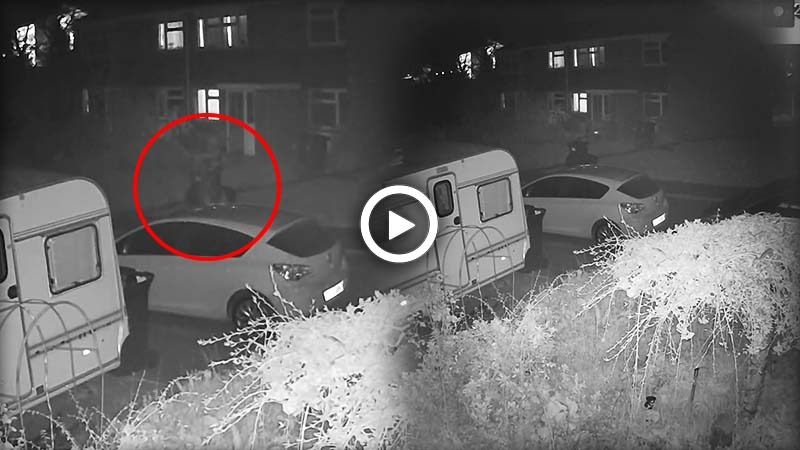 The installation of CCTV camera on public places is one of the greatest ideas to capture video os any mishap or unwanted incident. CCTV cameras have helped officials to solve many cases around the world. However, sometimes the camera captures things that are beyond explanation.

Not so long ago, a pub manager from York, UK was terrified after he spotted a ‘ghost-like’ figure of a small girl in CCTV footage. The video, captured on October 23 at 10:30 am, shows a female worker at the ‘Lamb and Lion’ pub clearing tables when suddenly an apparition appears near an open door.

This was one of the many unexplained CCTV footage from the UK that has gone viral on social media.

The latest one comes from a residential area in Cambridgeshire, where a CCTV captured a shadowy figure carrying a light as it walked along a deserted street. It walks down the street before suddenly vanishing behind a car.

The dreaded footage was captured on Rachel Jones' security camera. She said she was in complete disbelief when she checked the recording after hearing a strange noise outside her house.

"I believe I can see a ghostly figure come out of the window with a light and then it walks down the path and past the car. I was completely astonished when I saw the recording that it picked up what I saw, I was in disbelief,” Rachel was quoted by LadBible.

Rachel added that she has seen the clip several times and is still unable to come up with an explanation.  According to reports, the clip was filmed on 26 March, while the UK has been in lockdown due to the coronavirus outbreak.

Also Read: Massive hole opens up in the Ozone layer above the Arctic. How dangerous is it for humans?

Get the latest update about CCTV Footage of Ghost, check out more about Ghost of Small Girl on CCTV, Ghost Caught On CCTV Camera, English News & True Scoop News