The Centre insisted, unlike the particular neighbouring countries, "India is a constitutionally secular country and further has a large population of persons belonging to the classified communities already residing as Indian citizens". 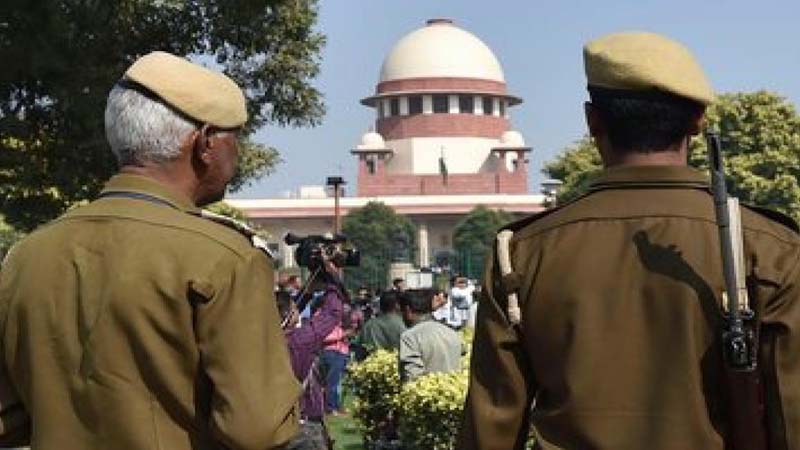 The Centre in a preliminary affidavit point-by-point responded to the criticism against the Citizenship Amendment Act (CAA) and said India is constitutionally secular, and also told the Supreme Court that the CAA does not violate any fundamental right provisions of the constitution and therefore, the question of violation of constitutional morality does not arise.

The amended law seeks to grant citizenship to non-Muslim migrants belonging to the Hindu, Sikh, Buddhist, Christian, Jain and Parsi communities who came to the country from Pakistan, Bangladesh and Afghanistan on or before December 31, 2014.

The Centre insisted, unlike the particular neighbouring countries, "India is a constitutionally secular country and further has a large population of persons belonging to the classified communities already residing as Indian citizens".

The Centre in the affidavit said, "It is submitted that constitutional morality is not an unruly horse and cannot become an independent basis for challenging the constitutionality of validly enacted legislation."

The Centre in the affidavit said that the CAA, 2019 does not confer any arbitrary or unguided powers upon the executive. "Under Section 6B(1) the Central Government or a specified authority would grant citizenship only in a manner where certain conditions & restrictions would be satisfied by the applicant. Appropriate rules under Section 6B are being framed to clearly lay down these conditions, restrictions and manner of grant of citizenship", said the affidavit.

Addressing the issue of citizenship for Rohingyas, the Centre said that thousands of Rohingyas have come into India mainly through Bangladesh in search of better economic opportunities. "It is submitted that the Rohingyas are not on the same footing as the religiously persecuted minorities who have fled into India from the particular neighbouring countries", said the Centre.

Get the latest update about CAA Hearings In SC, check out more about English News, CAA, Petition Against CAA & Center to SC On CAA