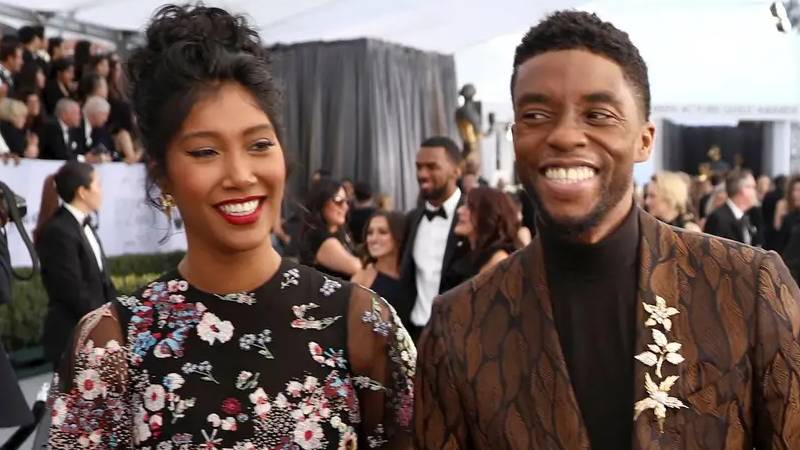 Late actor Chadwick Boseman had not left behind a will. Now, his wife Taylor Simone Ledward has sought judicial assistance to let her be an administrator with limited authority of his estate.

Ledward filed a probate case in Los Angeles on Thursday. According to court documents, the "Black Panther" star "died intestate"

The documents revealed that the estimated value of Boseman's estate is $938,500. Besides Ledward, his parents, Leroy and Carolyn Boseman, are the only other family members listed in the documents, reports etonline.com.

Boseman died after a battle with colon cancer on August 28. He was 43. The actor and Ledward had secretly married before his death. They started dating before Boseman was diagnosed with colon cancer four years ago, and reportedly got engaged last year.

In a statement announcing his death, the late actor's family confirmed that he had married Ledward.

"He died in his home, with his wife and family by his side," the statement had said.