On 24th January 2023 district court Chandigarh received a letter which read, “a bomb has been planted inside a car parked in district court and it will explode at 1 pm.” Author : Guneet kaur 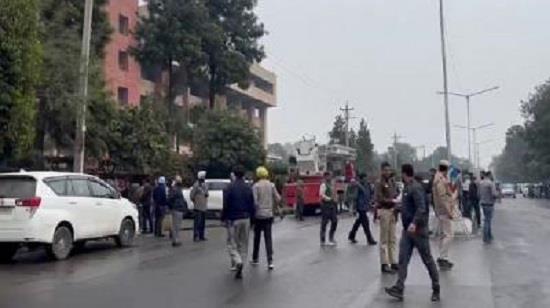 Chandigarh District Court went on alert after it received a 'bomb threat' letter on Tuesday. The letter read that a bomb has been planted inside the district court of Chandigarh which will get exploded in anytime soon. Police along with bomb squad reached the spot.

Reportedly, on 24th January 2023 district court Chandigarh received a letter which read, “a bomb has been planted inside a car parked in district court and it will explode at 1 pm.” Post this police were informed about the same who reached the scene and evacuated as well as sealed the entire complex. As per information, the commandos of Operation Cell along with the Dog Squad, Bomb Disposal Team and Reserve Force also reached the court. The search operation to detect the bomb is going on inside the judicial premises (while writing this). Police are also conducting a search operation near sector 43 bus stand.

Earlier it was thought to be a mock drill by the police but soon after lawyers spoke to team it was revealed that an actual letter of bomb threat was received. The investigation has been initiated to find out the source of the letter.

Earlier on Monday afternoon, Army along with a bomb squad unit found the bomb to be present at Rajindra Park, Sector 2, near CM Helipad in Chandigarh. The Army reached there and decided to defuse the bomb. Post conducting a robotic investigation of the same, the bomb was safely taken to Chandimandir in Army vehicle.