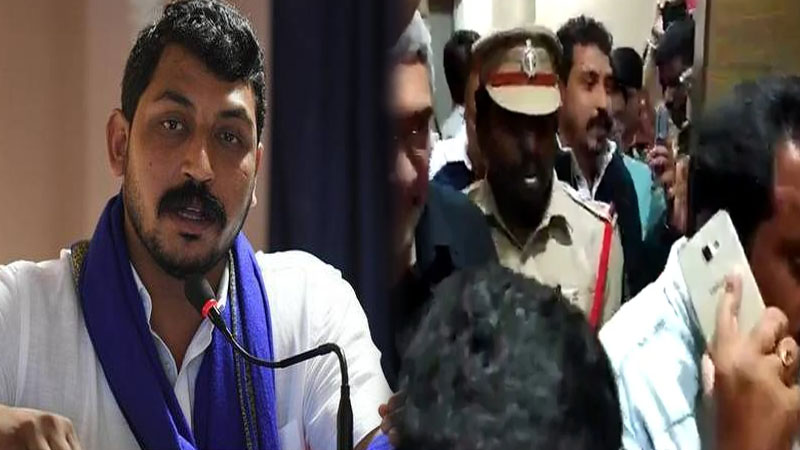 On Sunday, he was detained in Hyderabad while he was on his way to take part in an anti-CAA and NRC protest. The Dalit leader was in the city to address a gathering on Citizenship Amendment Act (CAA), National Register of Citizens (NRC) and National Population Register (NPR).

In a tweet on Monday morning, the Bhim Army chief said Dalits will never forget this insult. He also said that he was being forcefully taken to the airport and was being sent back to Delhi.

Police said they had not granted permission for the programme to be held.

Get the latest update about , check out more about NRC, NPR, Bhim Army Chief & Anti CAA