Channi Sarkar is on a backfoot, CM did not meet after the Governor's reply 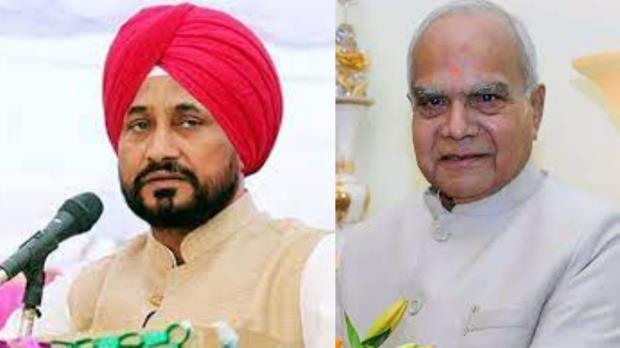 The Channi government of the state has come on the back foot on the issue of ensuring 36,000 employees in Punjab.
CM Charanjit Channi did not go to meet him on Monday after Governor BL Purohit opened the polls.
Whereas earlier, the government had made preparations to take the officers and ministers along. The Governor had said that he did not withhold the file, but had returned the file to the CM for information about some lapses.
CM Channi had accused Governor BL Purohit that he had stopped the file to confirm the employees under the pressure of BJP.
Elections are going to be held soon in Punjab, in such a situation, CM Channi wants to take electoral benefits by implementing this decision.
For this reason, CM Channi had even warned 3 days ago that if the governor did not clear the file, he would sit on a dharna outside the Raj Bhavan along with the ministers.
CM Charanjit Channi had further said that, his government had also passed a law to ensure 36,000 raw workers. This file was stopped by the governor.
He himself came together with the ministers. His chief secretary came twice, but the governor did not pass the file. The CM said that earlier he thought that the governor was busy, but now it is clear that the file was stopped due to political reasons. There is pressure from BJP on the governor.
Also Read:  Prem Chopra and his wife Uma tested positive for the Corona Virus
Governor's answer: First answer the questions asked on December 31.
After this, Governor BL Purohit said that the words of CM Charanjit Channi are factually wrong. The file to confirm the raw employees was returned to the CM with 6 questions, which was also received by the CM office on December 31. To which the government has not replied yet. He advised that the CM should answer the questions first, after that these bills would be examined again in the Governor's Secretariat.
Governor BL Purohit also said that the state government passed the bill in the assembly on November 11. Whose file was sent to the Governor 20 days later on 1 December. In December, the governor was on a tour of other states. He returned on 21 December and was met by CM Channi on 23 December.