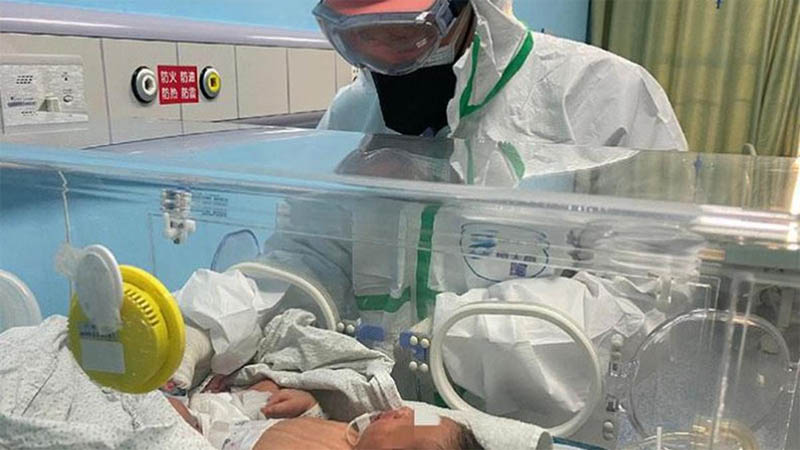 Since the emergence of the outbreak, the infant has been recorded as the youngest person to catch the virus, which has killed nearly 500 people by now.

According to the experts, it may be a case of "vertical transmission," referring to infections passed from mother to child during pregnancy, childbirth or immediately after.

The newborn, whose vital signs were stable, has no fever or cough, but was experiencing shortness of breath, the doctors said. Chest X-rays showed signs of infection along with some abnormalities in liver functions.

Dr. Zeng Lingkong, head of the hospital’s neonatal medicine department said, “This reminds us to pay attention to mother-to-child being a possible route of coronavirus transmission."

As per the reports of news agency, a baby born last week to an infected mother had tested negative.

However, it is believed that the virus has emerged in December in a Wuhan market where wild animals are sold, and spread wide as people travelled for the Lunar New Year holiday in January.

On Tuesday, China's national health commission said thath the oldest person diagonsed with the virus is a 90-year-old, and that 80 per cent of reported deaths have been of patients 60 years of age and older.