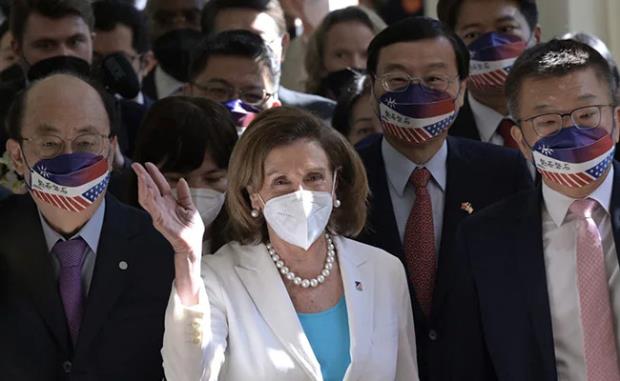 The US House Speaker Nancy Pelosi's touchdown in Taiwan has raised several apprehensions in China. The communist state is fuming badly over Pelosi's visit. Whereas, the US House Speaker's visit clarified America's assertive and clear stand on ensuring democracy. Pelosi first addressed the Taiwanese parliament and later the press on her visit to Taipei.
Pelosi's physical gestures were clearly showing a lot about America's intention towards assuring Taiwan's autonomy. Waving her fist with full agility while talking about China in her address clearly showed the US's zero-tolerance policy against external aggression on the Taiwanese matter. Overall her body gestures were showing her assertion and commitment to the agenda of her Taiwan visit and passed a clear message to the dragon. 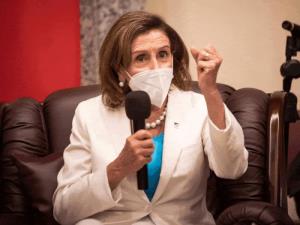 Soon after Pelosi’s address to the Taiwanese Parliament, China summoned the American diplomat in Beijing earlier today. Beijing has threatened Washington and has said America will have to pay the price for its action.
Pelosi while addressing the members of the governing body in Taiwan said, “We are in favor of maintaining the status quo, but don’t want anything to happen to Taiwan by external aggression.” Pelosi’s body actions were depicting her assertive and bold stand against Beijing.
Taiwanese President Tsai Ing-Wen accompanied Pelosi all the time, the two ladies together were representing how determined they stood together against the dragon which they seem as a common threat to the Indo-Pacific region. 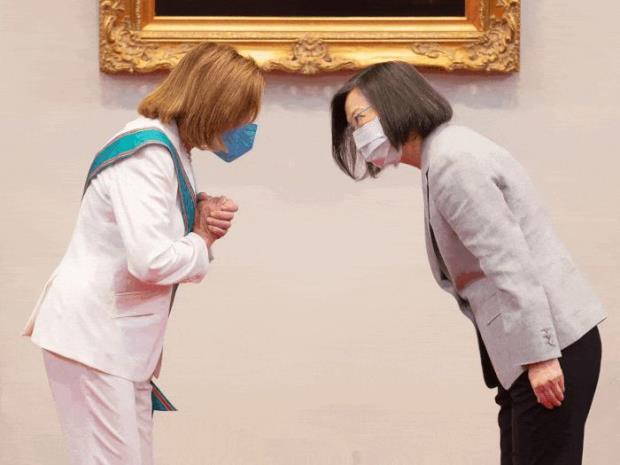 Pelosi while addressing the press said, “Today the world is witnessing the struggle between democracy and autocracy. The way China is making use of its soft power to corner all the support, we must think of Taiwanese technical superiority and help it become a democratic state. America will never let Taiwan fall against external aggression and has vowed to stand by the Taiwanese people.”
Taiwanese President Tsai Ing-Wen mentioned America as one of its most loyal and dedicated friends and expressed gratitude toward Pelosi for her visit. Ing-Wen said, “We are immensely thankful for your visit to Taiwan and displaying America’s firm stand towards us.” 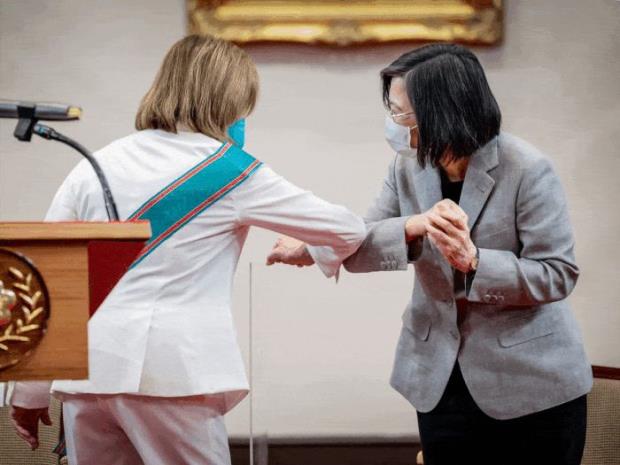 Taiwanese President said, “We will do anything to safeguard our country’s sovereignty and national boundaries. We will uphold the democratic values of our nation and will work with other democratic states around the world to earn Taiwan much-needed stability. We are committed to preserving peace and stability in the Taiwan Strait.
Also Read;  World faces choice between autocracy & democracy, says Pelosi after touchdown in Taiwan
Nancy Pelosi was later conferred with the highest civilian honor in Taiwan by Tsai Ing-Wen. Pelosi expressed her pleasure on the occasion after receiving the Order of Propitious Clouds with Special Grand Cordon. 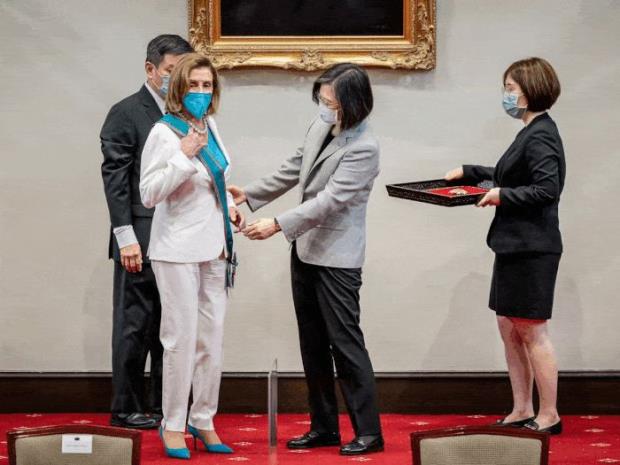 On Pelosi’s Taiwan visit, Chinese Foreign Minister Wang Yi said, “On Taiwan issue, some American diplomats are playing ahead, whose repercussions will be too extreme, America is showing its real face to the world again.”
Beijing on the other hand released an official statement saying China will take action against the joint provocation of The US and Taiwan and China is compelled to respond in self-defense.
Amid threats from China, The US has deployed its forces in Taiwan, terming it a routine deployment. Russia on the other hand stands in solidarity with the communist state. The Taiwanese Prime Minister said Taiwan is open to any of its foreign friends.
The Chinese Army has announced its military exercise from the 2nd to the 6th of August. The Chinese fighter ships are lined up near the median line, from where Taiwan’s border starts. Taiwan also stands upfront against any possible military threat coming from the dragon.
Amid the rising tensions, the American national security advisor John Kirby has released a statement warning China of its actions.