China can be held legally accountable for Corona 'cover-ups'. But How?

During a White House briefing on Friday Pompeo said the false information is coming from "places like China and Russia and Iran, where there are coordinated efforts to disparage what America is doing and our activity to do all the things President Trump has set in motion here". 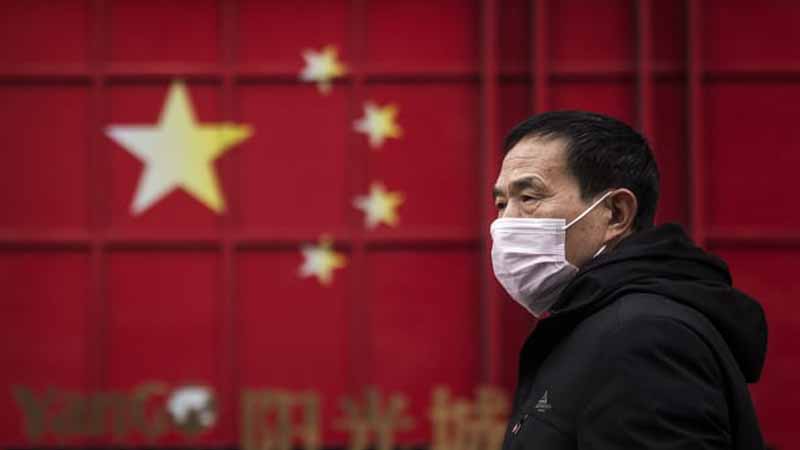 After US President Donald Trump calling COVID-19 a "Chinese virus" and US Secretary of State Mike Pompeo blaming China, Russia and Iran for spreading disinformation about new coronavirus, questions are now being raised over whether Beijing can be held legally accountable for covering up initial outbreak and clamping down on real information from being shared.

During a White House briefing on Friday Pompeo said the false information is coming from "places like China and Russia and Iran, where there are coordinated efforts to disparage what America is doing and our activity to do all the things President Trump has set in motion here".

Trump earlier said that it's unfortunate that the new coronavirus got out of control.

"It came from China, it got out of control. Some people are upset. I know President Xi. He loves China. He respects the United States and I have to say I respect China greatly and I respect President XI," he said.

According to a report in Fox News, the communist superpower can be held legally accountable.

"An argument could be made that just like support for terrorism, which is legally actionable, a government that engages in such reckless disregard and negligence and covers up an epidemic which has the potential to spread worldwide could be held legally liable," Nitsana Darshan-Leitner, an Israel-based attorney with a specialization in suing terrorist regimes and state sponsors who orchestrate human rights abuses on behalf of victims was quoted as saying in the report.

"Cover-ups and deliberate acts to conceal a deadly medical crisis are not [among] the protected acts of a sovereign state or of responsible leaders," the expert added. "China is not to blame for creating the virus but for not sounding the international alarm and trying to conceal it from the world," she said.

A latest study by the University of South Hampton in the UK said China could have prevented 95 per cent of coronavirus infections if its measures to contain the outbreak had begun three weeks earlier.

"Coronavirus cases could have been reduced by 66 per cent if the measures were taken a week earlier, or by 86 per cent if action began two weeks earlier. If action was taken three weeks later, then the situation could have worsened 18-fold," said the study.

According to a timeline by Axios, it was December 10 when China reported the first patient that started showing COVID-19 like symptoms. The governments can sue China before international tribunals for violating its obligation to report the coronavirus outbreak early.

China has hit out at Trump, who had called coronavirus a "Chinese" disease. Foreign Ministry spokesman Geng Shuang urged "the US to correct its mistake and stop its groundless accusations against China". State news agency Xinhua termed Trump's language was "racist and xenophobic".

China's Ministry of Foreign Affairs has announced the expulsion of American journalists working for The New York Times, The Wall Street Journal and The Washington Post as a measure taken by Beijing "in the spirit of reciprocity."

On March 2, Washington announced that state-controlled Chinese media outlets such as Xinhua, CGTN, China Daily and China Radio International could only employ a restricted number of Chinese nationals for these organisations on US territory.

Trump has also accused China of spreading false information about the US. "I didn't appreciate the fact that China was saying that our military gave it to them. Our military did not give it to anybody."

"China was putting out information, which was false," he said. The number of infections worldwide climbed to over 275,000 on Saturday, including over 11,000 deaths, according to John Hopkins University's coronavirus resource centre.

Get the latest update about True Scoop News, check out more about China Responsible For Coronavirus, International News, Coronavirus & How China Is Responsible