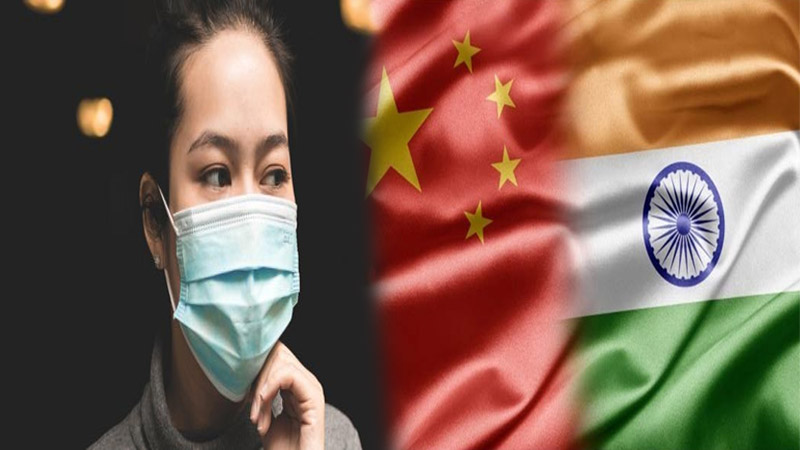 Chinese Ambassador Sun Weidong, in an interview to reputed news agency said that China's foreign ministry and local government are working tirelessly to ensure the safety of Indians and people working in Indian diplomatic missions in China.

However, China has taken into consideration that a short-term impact would be seen on China's economy, Weidong said that the country's internal resilience is growing and it has ample resources and policy tools to cope with economic votality.

"I am confident that it should not and will not be hindered by short-term difficulties. We should not suspend but expand the economic and trade cooperation between the two countries," Sun Weidong said.

The death toll in China because of the virus has reached 490 while the number of confirmed cases has touched 24,300.

Amidst of coronavirus outbreak in Hubei province, as part of precautionary measures to contain spread of the virus,  India has put restrictions on the movement of people to and from China like many other countries.

The WHO has declared a global health emergency after coronavirus cases were reported in several parts of the globe.

"We hope that the Indian citizens will not overreact or panic over the outbreak. It is better to remain rational and calm, and judge China's prevention and control efforts with objectivity and compassion," Sun Weidong said.

Sun Weidong said that China, a "responsible" country, is not only protecting the health of its people but also that of people around the world.

"We need your understanding and support for the cooperation between China and India in epidemic control to ensure normal personnel exchanges and trade between the two countries. China is ready to continue to work with India, strengthen communication and coordination, and safeguard the health and safety of Indian citizens in China," added Sun Weidong.

Referring to impact of the coronavirus outbreak on China's economy, Sun said there was no need to be pessimistic about the country's economy as its fundamentals remain unchanged. He added that the Chinese government has ample resources and policy tools to cope with economic volatility and the long-term "positive trend" of the Chinese economy will not be impacted by the outbreak of the virus.

Sun Weidong also mentioned a telephone conversation between Chinese Foreign Minister Wang Wi and his Indian counterpart S  Jaishankar last week on ways to deal with the situation arising out of the outbreak of the virus.

"In the telephone conversation, Wang said that to address transnational public health challenges in this era of globalisation, we need to stay objective and rational, and step up communication and coordination, and that all should play a constructive role," Sun Weidong said.

Sun Weidong added that Jaishankar had conveyed that it is important to evaluate the outbreak in an objective and rational manner and not take actions that may complicate the situation. On Saturday, 324 Indians were brought back from Wuhan, while another batch of 323 Indians and seven Maldivians were evacuated from the Chinese city on Sunday.

Sun Weidong said that a declaration of public health emergency over the coronavirus outbreak in China is not a vote of no-confidence on China.

"When the director general of WHO declared that the outbreak of 2019-nCoV constitutes a public health emergency of international concern, it emphasised that it does not recommend any travel or trade restriction. This declaration is not because of what is happening in China, but to take care of other countries with relatively poor sanitary conditions. It is not a vote of no confidence in China," Sun Weidong said.

Get the latest update about True Scoop, check out more about Do Not Impose Trade Restrictions, Use Precautionary Measures, India China Relations & Indians in China Safeguarded