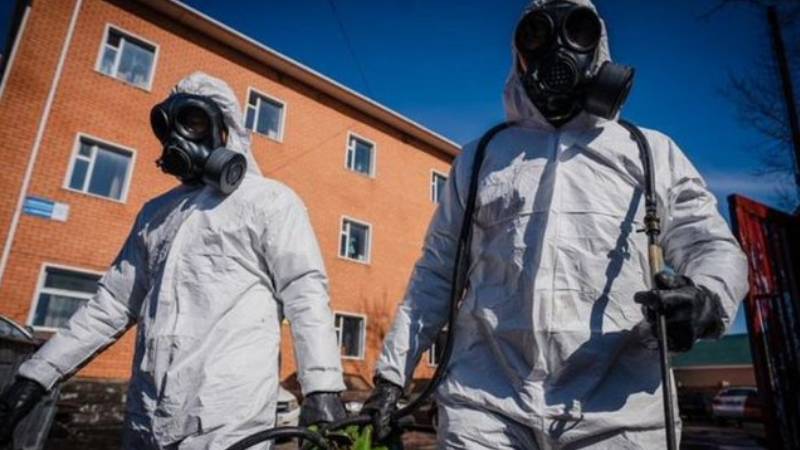 The Chinese embassy in Kazakhstan has issued a warning of deadly 'unknown pneumonia' after more than 600 people died of pneumonia in June, a report has said.

According to the South China Morning Post, authorities in Kazakhstan -- the central Asian country, have reimposed Covid-19 lockdown in some parts of the country amid a spike in pneumonia cases last month.

The country as a whole saw 1,772 pneumonia deaths in the first part of the year, 628 of which happened in June, including some Chinese nationals, the Chinese embassy said in a statement.

"The death rate of this disease is much higher than the novel coronavirus. The country's health departments are conducting comparative research into the pneumonia virus, but have yet to identify the virus," the embassy was quoted as saying to the South China Morning Post.

While the Chinese embassy described the illness as 'unknown pneumonia', Kazakhstani officials and media have only said it is pneumonia.

The embassy's website, citing local media reports, said the provinces of Atyrau and Aktobe and the city of Shymkent have reported significant spikes in pneumonia cases since the middle of June.

"The Chinese embassy in Kazakhstan reminds Chinese nationals here to be aware of the situation and step up a prevention to lower the infection risks," the embassy said.

"Some 300 people diagnosed with pneumonia are being hospitalized every day," Saule Kisikova, the health care department chief in the capital Nur-Sultan, was quoted as saying to the local media.

It was also not known if the WHO had been informed about the 'unknown pneumonia'.