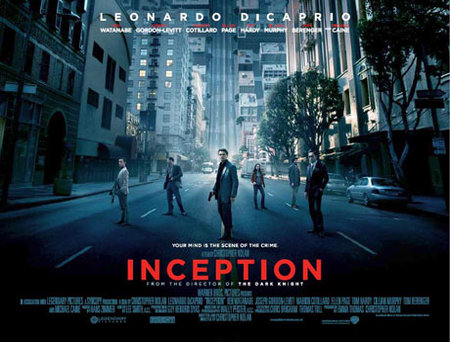 Inception's premiere was held in London on July 8, 2010; it was released in both conventional and IMAX theaters beginning on July 16, 2010. Inception grossed over $828 million worldwide, becoming the fourth-highest-grossing film of 2010.

Christopher Nolan thought of the idea behind "Inception" when he was 16, and the script took him 10 years to write. Nolan had been fascinated with the nature of dreams for a long time before writing "Inception."

"I wanted to do this for a very long time, it's something I've thought about off and on since I was about 16," he told The Los Angeles Times. "I wrote the first draft of this script seven or eight years ago, but it goes back much further, this idea of approaching dream and the dream life as another state of reality."

"The final piece of the puzzle for me with the script I'd been trying to finish for about 10 years was figuring out how to connect emotionally with the central character in a way that would make it a more emotional story," he told Deadline.

During several interviews, Nolan has explained that he began writing "Inception" as a heist film but changed it as he views the genre as "deliberately superficial" and lacking in emotion.

According to cinematographer Wally Pfister, Warner Brothers executives approached Christopher Nolan about making this movie in 3-D, but he refused the idea, claiming "it will distract the storytelling experience of Inception."