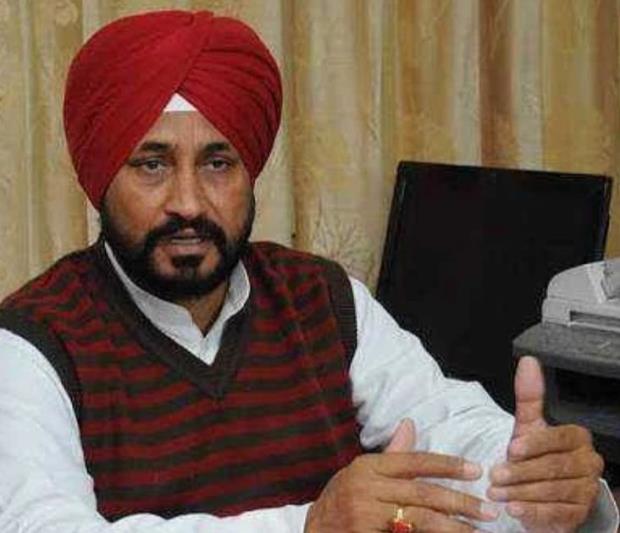 Ludhiana, November 22: Declaring war against the Cable mafia, the Punjab Chief Minister Charanjit Singh Channi on Monday announced to fix the monthly rate of cable TV connection at Rs. 100 to completely eliminate the cartelization of Cable from across the state.

Addressing a massive public gathering here in Atam Nagar constituency, CM Channi categorically said that people are being unnecessarily harassed by cable mafia by levying hefty charges which would not be tolerated anymore in future.

On the rally organised by senior Congress leader Kamaljit Singh Karwal, CM Channi said that all such businesses of transport and cable are owned by the Badal family and now the people need not to pay more than Rs. 100 per month and strict action would be taken against those not adhering to the new rates. “If anyone harasses you, inform me,” declared CM Channi. He also announced that all illegal bus permits would be revoked and in turn allotted to the unemployed youth.

CM Channi also announced that in next 10 days, the services of all safai sewaks working in the Municipal Councils and Corporations of the state would be regularised and there would be no condition of 10 years service, besides scrapping contract system for recruitment.

The Chief Minister also reiterated that the Punjab Government is fully committed for the welfare of poor people and ensuring holistic development of the state and its prosperity.

CM Channi said that the historic decisions have already been taken for the welfare of poor people including reduction in electricity rates by Rs. 3 per unit, waiving off arrears of electricity bills worth Rs. 1500 crore, fixed water bills at Rs. 50 per month, fixed the rates of sand and gravel per cusec feet at Rs. 5.50 besides providing free power to rural water supply schemes.

Emphasizing his government’s commitment to ensure women empowerment, CM Channi said equal representation would be given to them in government and as well as in the party fold in the coming days.

While lashing out at Shiromani Akali Dal and Aam Aadmi Party leaders for misleading the Punjabis, CM Channi said that Punjabis are wise enough and could not be fooled by false promises adding that Punjab is the first state in the country that has the cheapest electricity.

On this occasion, Senior Akali leader Sarabjit Kaur Sahoke, who had contested the 2017 Vidhan Sabha elections on Akali ticket from Jagraon constituency, Bhupinder Singh Sahoke, SAD Halqa incharge Nihal Singh Wala, along with their supporters joined the Congress party in presence of the Chief Minister.

Meanwhile, PPCC President Navjot Singh Sidhu lauded CM Channi for his pro-poor and landmark decisions within a short span of time and working round the clock for the economical weaker section of state.

He said that Congress led Punjab government would soon evolve a mechanism to make Punjab a debt-free state by launching effective policies adding debt-free Punjab would be a better place for our future generations.

He said that the workers of Congress party would be given better representation in all boards, corporation and other bodies in recognition of their hard work and commitment towards the party.