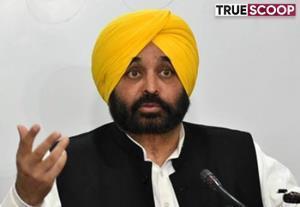 The Punjab government has approved 26454 vacancies across various departments. The official website will allow candidates to apply online. Another promise, according to the State Government, was fulfilled within 50 days of the swearing-in ceremony. 26454 youth vacancies have been advertised in 25 government departments, including Agriculture, Excise and Taxation, Animal Husbandry, and others.

He stated that all of these positions will be filled on the basis of merit, and that no recommendations or bribes will be accepted.
In 50 days, we made a number of major decisions and put them into action, Mann said in a video message.

I'd like to share some good news with the people of the state today. According to the chief minister, newspapers have published advertisements for 26,454 jobs.
He further said that the hiring process would be transparent. Mann said more job opportunities in government and private sectors will be rolled out in the coming days.