While the rest of the students opted for simple outfits, these three students garnered all the attention because of their bold choice. 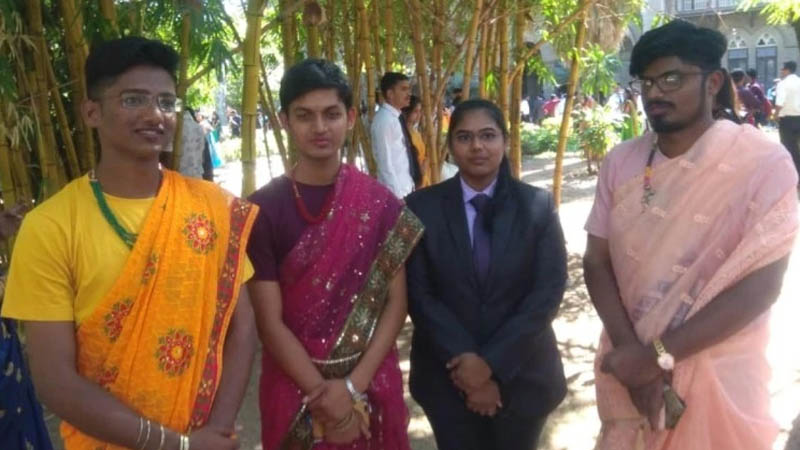 Three boys from Ferguson College, Pune took the step of wearing stunning sarees on the annual tradition day and in the process they also gave out a strong message on gender equality. These students from the third year thought of dressing up in sarees for a change for their annual 'Tie and Saree day' celebration.

While the rest of the students opted for simple outfits, these three students garnered all the attention because of their bold choice.

Akash Pawar, Sumit Honwadajkar and Rushikesh Sanap spoke to a news organization and shared what was the thought process behind the step. Akash said "It is not written anywhere that boys should dress in boys attire and only girls should wear saree or other costumes like salwar, skirts, etc. So it struck to my mind, that why not wear a saree and have the experience of dressing up in one."

Akash added that he never even considered the reaction of his classmates. Sumit, while sharing his experience, said, "We had a lot of difficulty in arranging the sarees. We found draping the saree very difficult and for help, we had to call our friend Shraddha. It was only after dressing up and attending the function, we understood the complications of wearing a saree. Now we know why the ladies take so much time in dressing up."

Shraddha Deshpande helped all of her three classmates to get into their sarees. Shraddha had to teach the minute details of wearing a saree to the boys. She even helped them with makeup, putting up imitation jewellery items, etc. She downloaded some videos on how to wear a saree from YouTube. 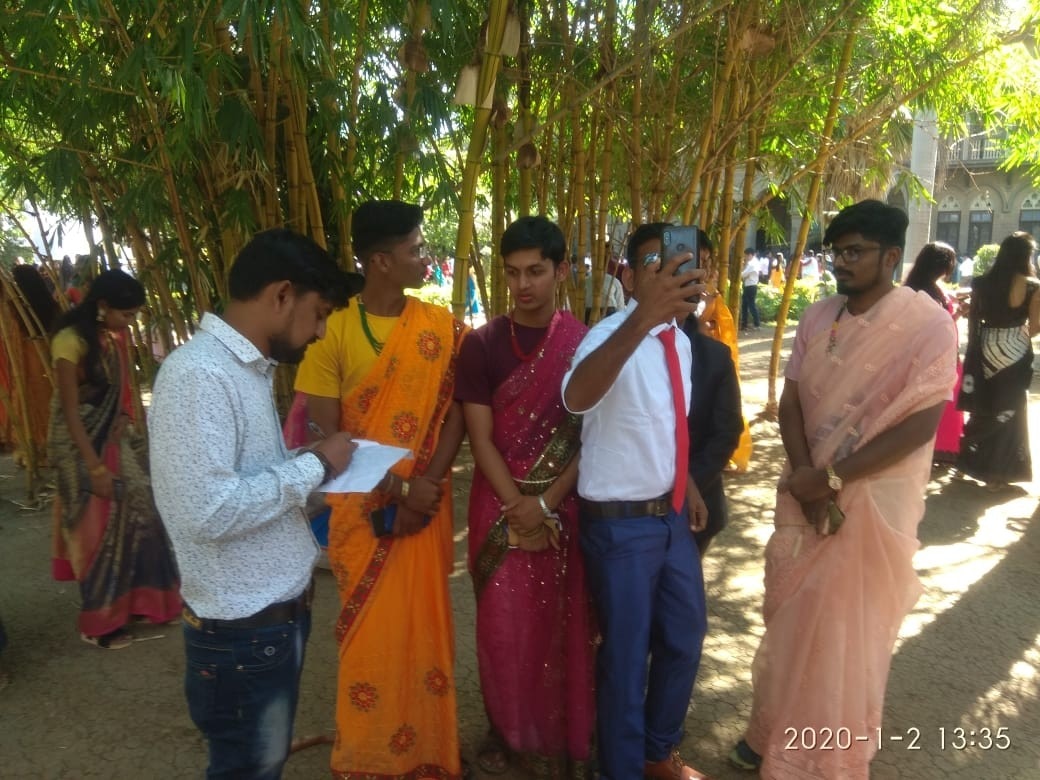 Rushikesh Sanap said, "It was very difficult to drape a saree and also to carry oneself elegantly for such a long time." At the end of the day, these three boys gave out the message of gender equality loud and clear. This daring step taken by these three students was appreciated not only by the students but also by the faculty members of Ferguson college.

The same teachers had criticised a similar move by their senior, Sachin Chouhan. He had also dressed up in a saree for the traditional day two years ago after he was challenged by Disha Pinky, a transgender. Sachin Chouhan was also among the people who appreciated this bold move by these three students.