On 22nd January 2023, Bhagwant Mann reached Mumbai in order to give further impetus to the industrial growth of the state Author : Guneet kaur 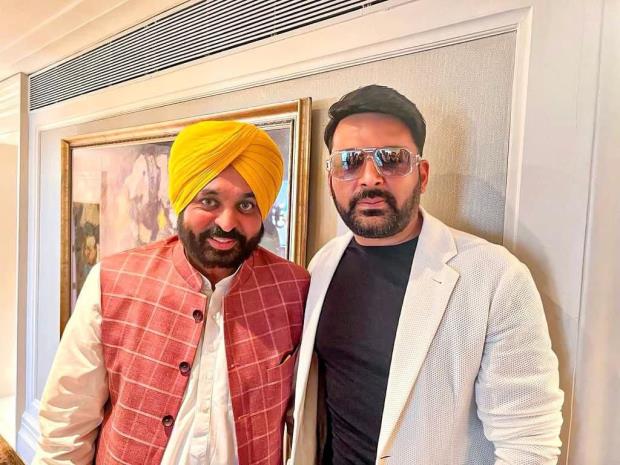 Famous comedian Kapil Sharma Show recently met Punjab CM Bhagwant Mann. While talking about his meeting with the CM, Kapil Sharma said that he is very grateful to have met him. He added that the love and warmth showed by CM Mann was just heart-touching. He further stated that both of them share some old memories together.

Famous comedian Kapil Sharma who is known for his ‘Kapil Sharma Show’ hails from Amritsar, Punjab. The comedian rose to fame after he won T.V reality show The Great Indian Laughter and received a cash prize of Rs. 10 lakhs. He then went on to participate in Comedy Circus and won its 6th season. Later on, he hosted various comedy shows and interviewed famous Bollywood celebrities. He earlier hosted shows like Family Time With Kapil, Comedy Nights With Kapil, etc.

Bhagwant Mann who is now the CM of Punjab shares a very deep connection with comedy shows. CM Mann competed in the Great Indian Laughter Challenge on Star Plus which made him rise to fame as a comedian. From those days Kapil Sharma and Bhagwant Mann share a very special as well as close bond. Every now and then, Kapil Sharma is seen supporting and congratulating Bhagwant Mann on his victories and success.

On 22nd January 2023, Bhagwant Mann reached Mumbai in order to give further impetus to the industrial growth of the state. The Chief Minister will be meeting business delegations and prominent companies to rope in investments