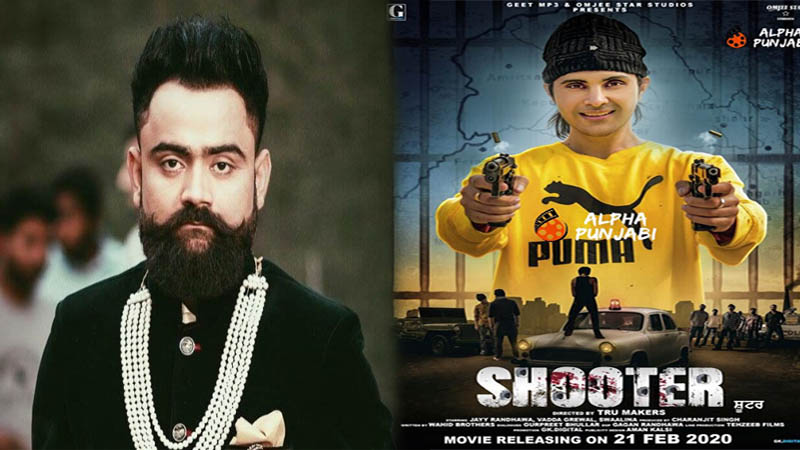 On Tuesady, Chandigarh-based advocate HC Arora has sent a complaint to Punjab Home Secretary, director general of police and Bathinda senior superintendent of police seeking the removal of the video song and take apt actions against the singer considering the judgement of the Punjab and Haryana high court for glorifying weapons, liquor, drugs and violence in songs.

Advocate Arora has also threatened to file a suit--contempt of court if Maan fails to comply in a month.

Along-with the complaint, advocate Arora has also sent a copy of judgement flourished by the high court in a bunch of petitions decided on 22 July, 2019, attaching CD of the song as well.

Arora was also quoted saying, as per the directions of high court to the director general of police in the states of Punjab and Haryana, and Union Territory of Chandigarh, to ensure that no songs glorifying liquor, drugs and violence will be played/performed in live events too. The order said, " The district magistrates/senior superintendents of police/superintendents of police of each district shall be personally responsible to ensure due compliance of directions."

Arora said the video song recording came into his knowledge in 2018. "The entire song is about liquor and weapons. 'Main te meri rafal rakaane combination choti da ( my rifle and I are the best combination), he added.

Not only this, Arora had also filed complaints against an eminent Punjabi singer Karan Aujla for exalting weapons and drugs in the video song of 2018 where alcohol/liquor/wine has been dignified. The entire song speaks volumes about liquor.

He also sought ban on the screening of movie Shooter, based on the life of prominent gangster of Punjab, Sukha Kahlvan. Trailer of the upcoming movie is packed with violence and weapons and going viral on social media. Gangster Kahlvan was gunned down by at least 14 assailants, who even filmed the act and danced around the body in front of the policemen at Phagwara on January 22, 2015, when a team of six cops were taking him back to the Nabha jail, in a jeep after a hearing in Jalandhar. He had almost 40 cases against him in Punjab, Haryana, West Bengal and Rajasthan for crimes ranging from contract killing to robbery. He was lodged in the Nabha jail, but escaped with the help of his accomplices in June 2012 while being taken to a court for hearing. The then DGP, Punjab, Shri Suresh Arora, before his retirement had issued a public statement to the effect that there are a large number of gangsters in Punjab. As the information acquired from the reports, many such gangsters are even now operating from Jails.

Arora claimed that the upcoming movie based on the life of shooter-cum-gangster Sukha Kahlva, will only motivate and inspire the unemployed youth of Punjab to get onto the lifestyle of gangsters. Undoubtedly, Film Censor Board passes a new movie after taking into consideration its effects on diverse sections of society.

However, it can not consider the environment of law and order prevailing in state of Punjab, witnessing jail breaks by gangster, open war between gangsters, issuing threats to one another on social media platforms, leaving police to only spectate the incident. Arora urged the Home Department of Punjab Government to profoundly examine the matter and put ban on the movie--Shooter, scheduled to be released on 21.02.2020.

Punjabi singers, who had been playing a notorious role in playing songs, thereby, glorify violence, are already in dock, in view of judgement of Hon’ble High Court rendered in CWP No. 6213 of 2016 (Reet Mohinder Singh Vs. State of Punjab and others) decided on 22.7.2019, which mandates all SSPs/District Magistrates to ensure that no songs are played in public, which glorify liquor/wine or violence.

"The video should be taken down from YouTube. I want the matter to be taken up with YouTube for removing this video. I want the singer to be summoned and get details of all other videos which glorify liquor or violence and to get all those videos removed from YouTube. In case appropriate action is not taken by the singer within a month, I will be constrained to move appropriate proceedings under the Contempt of Courts Act before the high court for purpoted non-compliance with directions contained in the judgement," said Arora.

Bathinda SSP Nanak Singh said he was yet receive the copy of rage complaint and assured, "I will look into it when I get it."