Complaint filed against Kisan leader for 'derogatory' remarks on Brahmins

A complaint has been filed in Gurugram. 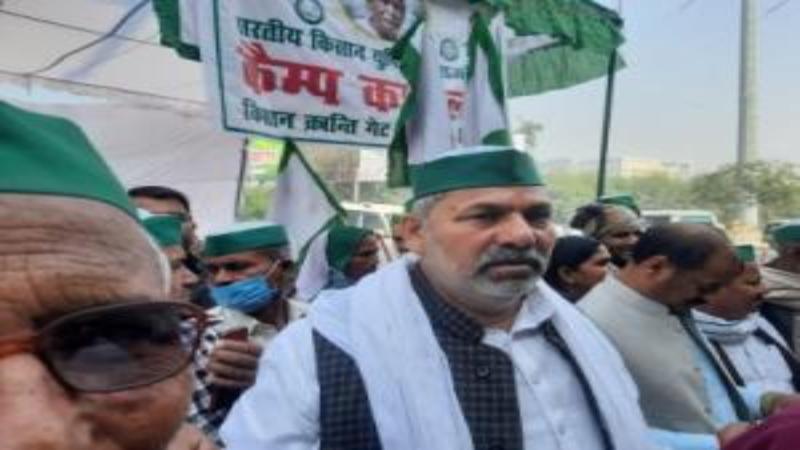 A police complaint has been filed against Bharatiya Kisan Union (BKU) leader, Rakesh Tikait, at the Shivaji Nagar police station in Gurugram over his alleged controversial comments in a speech on December 25 at a protesting site in Haryana's Palwal district. Tikait is alleged to have made demeaning statements against Brahmins, saying that they were not supporting the ongoing farmers’ demonstration.

The complaint was registered on Wednesday evening by a local advocate of the district court.

A purported video of the BKU leader addressing the agitating farmers in Haryana's Palwal had recently surfaced on social media. Tikait had allegedly made remarks against priests in the video.

Also Read: Farmers, Government, agree on two out of four issues, next meet on Jan 4

Soon after the controversy, Tikait had posted multiple tweets in which he stated that he did not make any derogatory comments but some people were knowingly trying to create a controversy. He said he was just urging Brahmins to come forward and support the farmers in their cause.

"The matter will be first investigated. Appropriate action will be taken after an investigation," said a senior police officer, requesting anonymity.