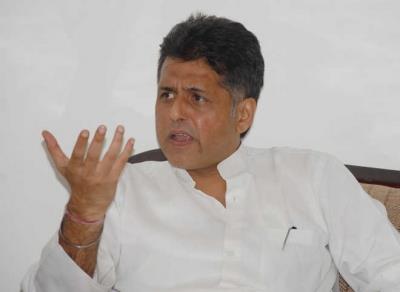 In a three page letter written on November 8, Tewari said, "I am requesting Punjab Chief Minister Charanjit Singh Channi to kindly ensure 50 per cent reservation granted to Mazhabi Sikhs & Balmikis out of 22.5 per cent way back in 1975, is upheld when matter comes up before a 7 or 9-Judge Bench of the Supreme Court when constituted shortly."

The matter pertains to a Punjab government circular of 1975 which says 50 per cent reservation will be granted to Mazhabi Sikhs & Balmikis out of 22.5 per cent in the reserved category of the SC.

The Congress MP wants that the matter be taken seriously as Channi is himself from the Scheduled caste. The state has highest population of the Scheduled Caste in the country. But Tewari raising the issue has political ramification ahead of the Punjab elections, where the Congress is eyeing Dalit votes.

Congress MP from the state has been critical of the new Chief Minister on the BSF issue and removal of Advocate General of the state.

Manish Tewari on Friday had asked the state government to move the Supreme court.

Responding to Akali Dal's allegation that he supported the notification, the Congress leader said: "My advice to the Punjab government has always been to file an original suit under Article 131 in the Supreme Court to get the order quashed."

Last week, Tewari had targeted his own government saying: "It has been close to a month now when Central Govt by notification extended BSF operational remit in Punjab to 50 km. Why till now notification has not been challenged by the Punjab Govt under Article 131 in the Supreme Court of India? Is opposition to it mere tokenism?"