Congress again stuck for the decision of seats, Proposed 70 names to be announced today

The announcement of the problematic seat has been put on hold. There is a disagreement between the state president Navjot Singh Sidhu, CM Channi and Sunkl Jakhar over these seats 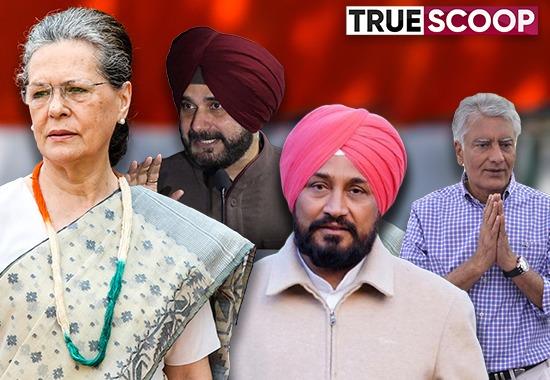 For the upcoming Punjab elections congress has finalized a list of 70 tickets. The list has been sent to the interim president of the party Sonia Gandhi. The list mostly contains of sitting MLAs and ministers of the party. It has been made clear by Sonia Gandhi that no minister shall be allowed to change their assembly seat. Congress can release the list anytime today.
The important fact to know is that the announcement of the problematic seat has been put on hold. There is a disagreement between the state president Navjot Singh Sidhu, CM Channi and Sunkl Jakhar over these seats. Ajay Maken will again meet for a final decision on these seats with the party members.
According to sources the ticket for Moga MLA Harjot Singh has been withheld and instead, has been given to Sonu Sood’s sister Malvika Sood. Deputy Speaker of Assembly and the MLA from Malout Ajaib Singh Bhatti will also not get a ticket, instead Rupinder Kaur Ruby, who joined the party from AAP has been given a ticket. Najar Singh will this time contest elections from Mansa.
Also Read:Punjab 2022 Assembly Elections: Punjab To Witness a Multi-Front, Five-Party Battle for the first time
MLA Nathuram’s ticket from Balluana is also in jeopardy and so is of Ramanjit Sikki. MP Jasbir Dimpa has staked his claim from here. The seat of MLA Sushil Rinku is also cleared and is fixed. This time he will fight only from Jalandhar West. The option of CM Channi to contest from Chamkaur Sahib and Adampur seats is open. However, the CM wants his relative Mohinder KP to get a ticket from here.
The Congress has withheld the seats where Channi, Sidhu and Jakhar clashed. Among them, the seat of Garhshankar is prominent. Where CM Channi is in favor of Nimisha Mehta. On the other hand, Sunil Jakhar has staked the claim of Youth Congress leader Amanpreet Lali. Sidhu is also in favor of Channi, but Nimisha is also supported by MP Manish Tewari, as this seat is in his parliamentary constituency. The pressure has been built for Sidhu Musewala from Manasa. Chuspinder Singh has also staked claim from here .