Holding posters like "PM jawab do" and chanting slogans of "Amit Shah istifa do", the Congress brigade was seen standing around Gandhi statue in the parliament premises 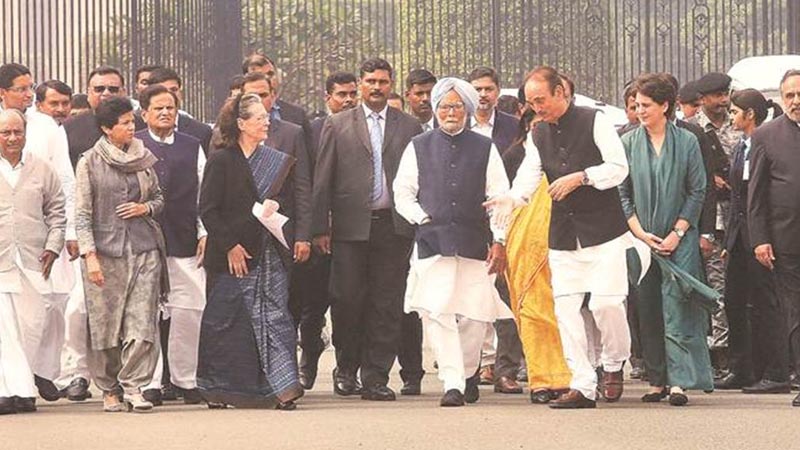 The Congress held protests outside parliament on Monday, demanding Home Minister Amit Shah's resignation for allegedly failing to maintain law & order in Delhi. Congress leader Rahul Gandhi was also seen to be back in action after his rumoured vacation.

Holding posters like "PM jawab do" and chanting slogans of "Amit Shah istifa do", the Congress brigade was seen standing around Gandhi statue in the parliament premises. Party MPs Gaurav Gogoi, Adhir Ranjan Chowdhury and Shashi Tharoor among others demanded Shah take responsibility for the Delhi riots that killed at least 45 people including a Delhi police personnel on duty and an IB staffer with 400 injured.

In his absence, his mother and interim President Sonia Gandhi had to lead the pack recently by holding an unusually rare press conference on Delhi violence.