After the defaming statement by Sheikh Hussain, another congress leader Subodh Kant made a cursing remark for PM Narendra Modi. He is a former Union Minister and earlier represented the Ranchi constituency in Jharkhand. 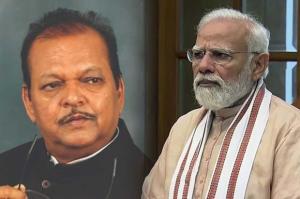 After the defaming statement by Sheikh Hussain, another congress leader Subodh Kant made a cursing remark for PM Narendra Modi. He is a former Union Minister and earlier represented the Ranchi constituency in Jharkhand.
When he was addressing his party’s ‘Satyagraha’ event at Jantar Mantar, Delhi , he made this regressive statement ,“ He will die Hitler’s . if he follows his path.” In the event he said more derogatory statements like “ I feel that PM Modi has gone beyond all that was done by Hitler. Hitler had created an organisation called ‘Khakee’ as well” , he added “I think if Modi continues to walk on Hitler’s path, he will die Hitler’s death. Remember this, Modi.”
The congress leaders are continuing its ‘Satyagrah’ event against Agnipath scheme and they believe that Modi is following a dictatorship rule in India and they will show every discontent to the policies made by Modi in every way they can.
Congress distanced itself from the statement by saying that they do not support any defeaming and criticising statement against PM Modi. Some Congress leaders tweeted and said they will continue to protest against the dictatorial mindset and anti people policies made by the BJP government. Here Congress leaders are playing safe.
Also Read-
International Yoga Day 2022: Strengthen Your Bond With Family Along With Good health International Yoga Day 2022: Strengthen Your Bond With Family Along With Good health
BJP reaction on the incident 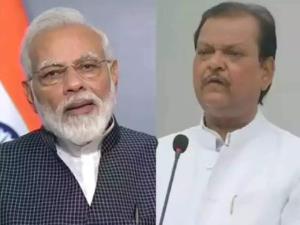 According to the information BJP spokesperson Shehzad Poonawalla hit the congress and boldly said not to use the criticising and unprofessional and unparliamentary language for the democratically elected PM.
Raghubar Das who is a Former Jharkhand chief minister and a BJP leader also condemned the actions of congress leaders. He further added that congress is scared because of the legal actions taken against them and due to this the party members are making such derogatory statements for the PM.
He pointed out the fact that Congress leaders more often use  such foul and unparliamentary languages. He proved his statement by using an earlier incident when Modi was the chief minister of Gujarat, Congress chief Sonia Gandhi called him ‘merchant of death’ during the Assembly polls.