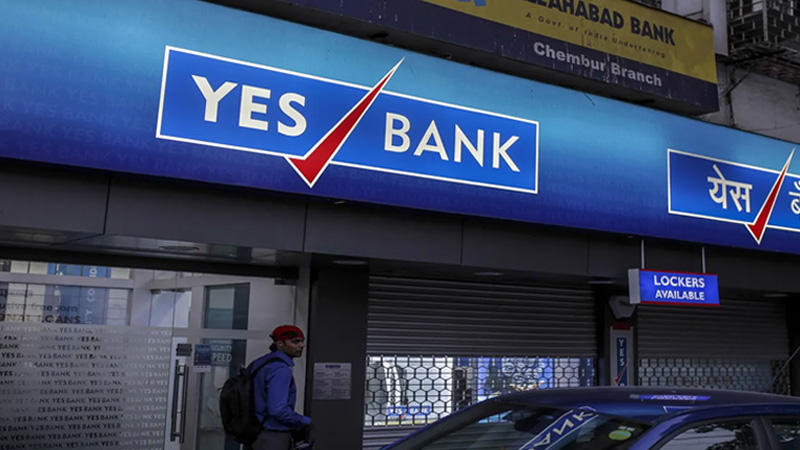 On Friday, Rahul Gandhi wrote on twitter, "No Yes Bank. Modi and his ideas have destroyed India's economy."

However, the tweet appeared a day after the RBI placed capital-starved Yes Bank under moratorium and fixed monthly withdrawals limits at Rs 50,000 per account. However, for purposes like marriage, and health emergencies, exceptions can be made, the RBI said.

The apex bank further clarified that it (bank) will also be able to pay salaries to its over 20,000 employees and also rents. Apart from this, Yes Bank will not be able to grant or renew any loan or advance, make any investment, incur any liability or agree to disburse any payment.

The former minister on the Yes Bank crisis ijn a tweet said, "The Bharatiya Janata Party (BJP) has been in power for six years. Their ability to govern and regulate financial institutions stands exposed. First, it was the PMC Bank. Now it is Yes Bank. Is the government concerned at all? Can it shirk its responsibililty? Is there a third bank in the line?." 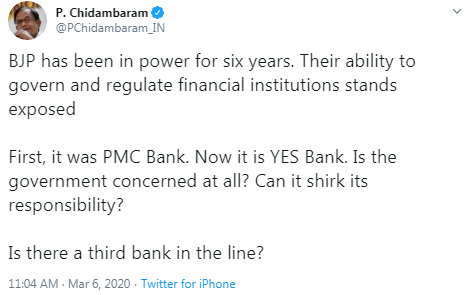