'Corona cases are declining globally but the pandemic is far from over', says WHO

World Health Organisation says that Corona cases are declining globally but the pandemic is far from over, says WHO Director-General Dr Tedros Adhanom Gebreyesus. 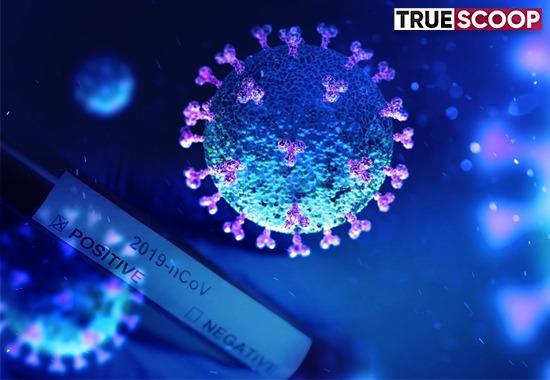 World Health Organisation says that Corona cases are declining globally but the pandemic is far from over. WHO Director-General Dr Tedros Adhanom Gebreyesus says that the pandemic will not be over anywhere until it is over everywhere.
Although the official count of deaths from Covid worldwide was 5.9 million between January 1, 2020, and December 31, 2021, a new study estimates that there were 18.2 million deaths.
Two years after the World Health Organization (WHO) declared the global outbreak of Covid-19 a pandemic, As per the report published a study that points to the possibility that three times as many people worldwide have died as a result of COVID-19. The infection of what the official records of deaths from Covid-19 suggest.
Thus, while the official number of deaths from Covid was 5.9 million between January 1, 2020, and December 31, 2021, the new study calculates that there were 18.2 million deaths during the same period, suggesting that the full impact of the pandemic may have been much greater.
Excess deaths - the difference between the number of recorded deaths from all causes and the number expected based on past trends - is a key measure of the true number of deaths from the pandemic.
Although there have been several attempts to estimate excess mortality from Covid, most have been limited in geographic scope by data availability.
The new study provides the first peer-reviewed estimates of excess deaths of COVID-19 attributed to the pandemic globally, for 191 countries and territories (and 252 subnational places such as states and provinces) between January 1, 2020, and December 31, 2020.
Also Read: Covid-19 cases resurging in France as restrictions eased
Thus, weekly or monthly data on deaths from all causes in 2021, 2020 and up to 11 years ago for 74 countries and 266 states and provinces were collected through searches on government websites: the World Mortality Database, the Human Mortality Database and the European Statistical Office.
The data was used in models to calculate excess mortality due to the pandemic, even in those places that do not report weekly or monthly mortality data.
The analysis indicates that global excess deaths due to the pandemic may have amounted to 18.2 million - three times the official figure reported - as of December 31, 2021.
The rate of that excess is estimated at 120 deaths per 100,000 inhabitants worldwide, and it is estimated that 21 countries have rates that exceed 300 deaths per 100,000 inhabitants.
The study notes that rates of excess deaths vary dramatically by country and region.
Where More & Where Less
The highest rates per 100,000 population were recorded in Andean Latin America (512), Eastern Europe (345), Central Europe (316), Southern Sub-Saharan Africa (309) and Central Latin America (274).
Regions and countries such as Lebanon, Armenia, Tunisia, Libya, several regions of Italy and several states in the southern United States would also have registered high rates. In contrast, some countries had fewer deaths than expected based on mortality trends from previous years, such as Iceland (48 fewer deaths per 100,000), Australia (38), and Singapore (16).
With 5.3 million excess deaths, South Asia recorded the highest number of estimated Covid-19 deaths, followed by North Africa and the Middle East (1.7 million) and Eastern Europe (1.4 million). By country, the highest number of deaths occurred in India (4.1 million), the USA (1.1 million), Russia (1.1 million), Mexico (798,000), Brazil (792,000), Indonesia (736,000) and Pakistan (664,000).
These seven countries may have accounted for more than half of the deaths caused by the pandemic over 24 months. Among these countries, rates of excess deaths were highest in Russia (375 deaths per 100,000 population) and Mexico (325) and were similar in Brazil (187) and the US (179). Due to its large population, India alone is estimated to account for 22% of all deaths in the world.