On Monday, the total number of positive cases in India reached 419 with new cases in Maharashtra, Gujarat, Rajasthan, and Bihar. These numbers include the death toll which rose to seven on Sunday after three more coronavirus deaths. 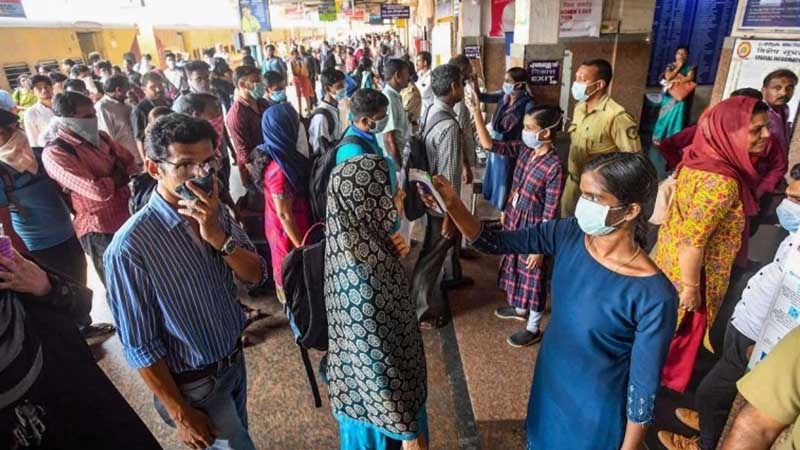 Instead of the country going through lockdown, fresh positive cases of novel coronavirus in several states have taken the total in India over 400, even as authorities suspend all passenger train and inter-state bus services till March 31 and impose a lockdown in 80 districts.

On Monday, the total number of positive cases in India reached 419 with new cases in Maharashtra, Gujarat, Rajasthan, and Bihar. These numbers include the death toll which rose to seven on Sunday after three more coronavirus deaths.

Maharashtra is on top as it, has reported 15 new cases in the last 24 hours, taking the total of positive cases to 89 -- highest number of confirmed coronavirus cases in India so far.

Gujarat reported five new cases on Monday, taking the total in the state to 23. The other states which reported new Covid-19 cases include Tamil Nadu (2) and Bihar (1).

Meanwhile, a man who had tested positive for coronavirus and later recovered from the infection, passed away at a hospital in Mumbai. This is the third death reported from Mumbai in connection with the coronavirus.

As of Sunday, Maharashtra was followed by Kerala at 67 and Delhi (26). Uttar Pradesh recorded 29 cases, Telangana 27, Rajasthan 27 and Haryana 23.

Get the latest update about Total Cases of Corona In India, check out more about National News, Maharashtra, English News & True Scoop News