In the backdrop of coronavirus threat, the Indian Army has postponed its recruitment rallies for a month. Schools across Karnataka, Uttar Pradesh, Manipur, Delhi, parts of Haryana have been shut. 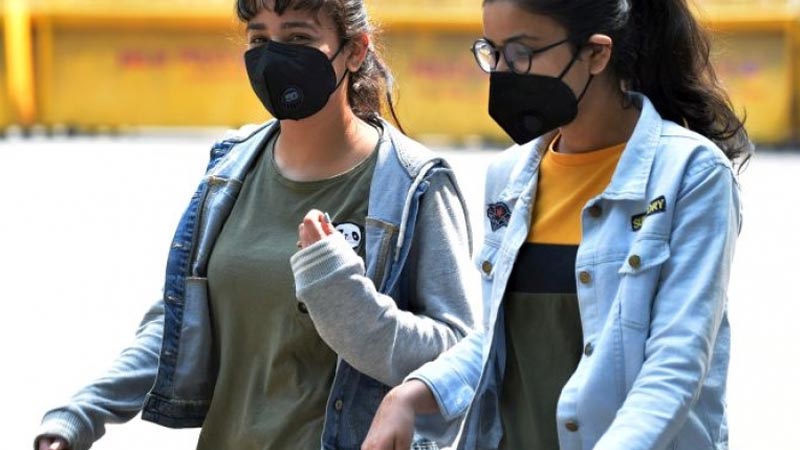 With one more person returning from Italy testing positive for COVID-19 at the Indian Army's quarantine facility in Manesar, the number of cases in India reach 81. Following the first death reported in Karnataka's Kalaburgi, all states have pulled up their socks.

The Health Ministry confirmed the number of cases at 81 around 5 p.m. at a press conference, even as reports of the worldwide death due to the virus crossed 5,000.

In the backdrop of coronavirus threat, the Indian Army has postponed its recruitment rallies for a month. Schools across Karnataka, Uttar Pradesh, Manipur, Delhi, parts of Haryana have been shut.

At the Indian Army's Manesar quarantine facility, one male individual who had returned from Italy on March 11, 2020, has been tested positive. He was employed in one of the restaurants in Italy for the past 14 years, Indian Army said on Friday.

Two persons have tested positive for COVID-19 in Nagpur, taking the total number of cases in Maharashtra to 16, a health official said. Meanwhile, 10 people who recently returned from coronavirus-hit nations have gone missing in Ludhiana city of Punjab, officials said.

States have started following the WHO footsteps, announcing the virus outbreak as a pandemic -- Uttar Pradesh, Haryana, Madhya Pradesh, Karnataka, Odisha, Bihar, have all fallen in line.

Delhi Deputy Chief Minister Manish Sisodia earlier in the day banned any mass gathering over 200 people and even said there cannot be an IPL in the city. Later, Uttar Pradesh Chief Minister Yogi Adityanath announced that all schools and colleges in the state will remain closed till March 22 in view of the coronavirus scare.

His neighbouring state, Bihar also jumped into combat mode with the Patna Medical College and Hospital cancelling the leave of all its doctors and other staff in view of the coronavirus scare across the country.

The medical staff has been asked to remain on an alert mode. The state government has also instructed closing of schools and colleges till March 31.

In the southern part of the country, the 19th session of the Kerala Assembly has been curtailed and will end on Friday after the end of the listed business.

The coastal state is on high alert on account of the coronavirus cases reported in the country. According to the latest state government figures, 3,910 people are under observation at their homes in Kerala, while 270 others are admitted in various hospitals. The total positive cases in Kerala are 16.

In Karnataka which saw the first death due to COVID-19, eight family members of a septuagenarian, who is the first fatality of COVID-19 in India, were quarantined in a hospital in Karnataka's Kalaburagi city, a top official said on Friday.

Seven neighbours of the family too have been kept in isolation. "The family of the 76-year-old man, who died of COVID-19 on March 10, has been quarantined in an isolation ward at the ESI Hospital here," Kalaburagi Deputy Commissioner B. Sharath told IANS.

The number of COVID-19 infected individuals saw a rise on Friday with one case of infection reported in Delhi while two others tested positive from Nagpur in Maharashtra.

The Delhi resident worked in a leather strap manufacturing unit in Noida, in neighbouring Uttar Pradesh, and had a travel history to China.A

Gautam Buddha Nagar CMO Anurag Bhargav told IANS, "Yes an employee of the Noida firm has tested positive for COVID-19. He has a travel history to China and France."

Bhargav said the person has been sent for quarantine and all the employees of the company has also been put under isolation. A total of 707 people worked in the Noida factory.

Meanwhile, the AIIMS' Director also came forward to spread awareness over the deadly virus as he washing hands properly may play a pivotal role in preventing the novel coronavirus (COVID-19) outbreak.

"Wash your hands with soap and water after visiting neighbourhoods, public places. Use proper method to wash hands. Rub your hands together with the soap. Lather the backs of your hands' palms and between your fingers and under your nails."A

Guleria added that a hand sanitiser can be used to keep hands clean while travelling. The Delhi government has advised the people to ignore the crowded areas for a few days.

In the wake of deadly coronavirus spread across the world, national passenger carrier Air India also decided to immediately suspend its flights to Italy, South Korea and Kuwait, with the former two being the worst affected countries, sources said on Thursday.

Besides, the national carrier plans to truncate its flight operations to Frankfurt, Paris, Madrid and Tel Aviv.

According to sources, Air India's Delhi-Seoul, Delhi-Rome and -Milan flights stand suspended till March 25 and 28 respectively.

"Flight services have been suspended due to the outbreak of coronavirus in these two countries," the sources told IANS. The flight suspension is effective from Thursday.

Not just IPL2020 has been postponed till April 15, but a number of Bollywood, regional and Hollywood relaeses have been indefinitely postponed.