COVID XE Variant: After China, now cases of coronavirus infection have started increasing in India and now a case of a new XE variant of coronavirus has also come up in Gujarat. 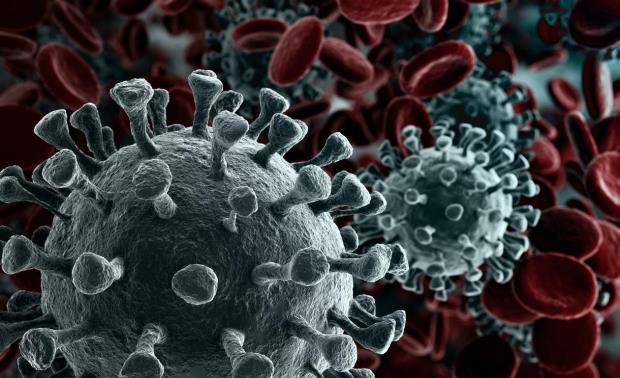 COVID XE Variant: After China, now cases of coronavirus infection have started increasing in India and now a case of a new XE variant of coronavirus has also come up in Gujarat.
Scientists say that by June, there is a possibility of a fourth wave of corona infection in India. This is the reason why the government has allowed people above the age of 18 to apply a booster dose of the corona vaccine.
After the first case of the XE variant of Coronavirus came to light in Gujarat, the central government issued an alert for four states including Delhi.
The first case of the XE variant surfaced in Gujarat
In an English newspaper report, a high-ranking official has confirmed that the first case of a new XE variant of the coronavirus has been reported in Gujarat.
The said official also told that the new XE variant is contagious but no more dangerous than the omicron variant of the virus.
It is worth noting that last week, Mumbai's local body BMC had reported the presence of XE variant in samples of coronavirus isolated during February.
But officials located in Indian Sarskov-2 Genome Consortium (INSCOG) and Union Health Ministry did not confirm this and then a situation of confusion was created.
Also Read: Mumbai case not XE variant, Indian Government denies media reports of confirming the first case
A person on the condition of anonymity said that the samples collected from Gujarat have been sent to NCDC for genome sequence testing, but the variant we found is similar to the new XE variant found in Mumbai.
According to the report, the Gujarat Biotechnology Research Center (GBRC) has reportedly confirmed this new XE variant of the virus. However, GBRC's lab head Madhavi Joshi declined to comment on the matter.
Alert issued in Kerala, Delhi, Haryana and Maharashtra
On the other hand, after getting the rising case of Corona and the first case of the XE variant, the central government has issued an alert for Kerala, Delhi, Haryana, Maharashtra and Mizoram.
In these four states, it has been asked to take precautionary steps from now to keep the cases of corona under control.
Union Health Secretary Rajesh Bhushan has written a letter to all the four states and one union territory, giving a warning.
Union Health Secretary Rajesh Bhushan has told the states that it is important to regularly monitor the areas of concern and work continuously.
In the letter, the states have been advised to adopt a 5-pronged strategy, which includes testing, detection, treatment, vaccination and Covid-19 friendly behaviour.