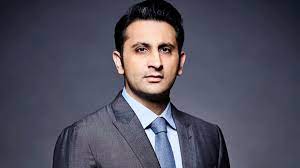 The CEO of Serum Institute of India, Adar Poonwalla has announced that the production of Covid19 vaccine, Covishield is in process and is working at its best speed. Adar is currently in London for meeting with stakeholders and partners and will review the operation once he is back in the country.

Adar Poonawalla said in a tweet, “Had an excellent meeting with all our partners and stakeholders in the UK. Meanwhile, pleased to state that COVISHIELD’s production in full swing in Pune. I look forward to reviewing the operation upon my return in a few days.”

The businessman is in London for the business plans to expand the vaccine manufacturing to countries outside India. The UK can become one of the production bases and there might be an announcement regarding the same in the next few days.

India is facing the second wave of coronavirus and is reporting more than 3 lakh cases in a single day. Meanwhile, the country has jumped to the third drive of vaccination. However, several states are reporting the shortage of vaccines and are unable to restock. Adar Poonawalla revealed the pressure over the production of vaccines amid a shortage. He said the production is at its best speed to meet the demand for vaccine as the country is devastated by the second wave.

From May 1, the government initiated the third drive vaccination allowing above 18 years to get vaccinated. But Delhi, Odisha, Uttarakhand, West Bengal, Andhra Pradesh, Telangana, Maharashtra, and Punjab has postponed this third phase as there no adequate dose of vaccine available.

Earlier, the CEO of SII, Poonawalla also asked the central government for financial assistance to speed up the production. Serum Institute has also lowered vaccine prices to Rs 300 per dose from Rs 400 per dose for states.

In a recent interview, Poonawalla revealed that he’s been receiving aggressive calls from India’s top influential people for the vaccine. He said that everybody wants vaccine but are not ready to understand why some other people need vaccine before them.

Get the latest update about india breaking news, check out more about Adar Poonwalla, Serum Institute of India, CEO of SII & india news