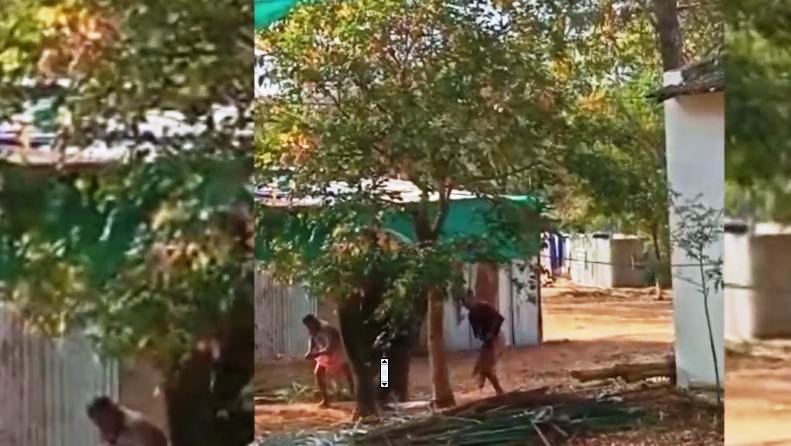 Incident of cruelty to animals was reported at Coimbatore. A video of two men beating with sticks has gone viral on social networking sites.

Reportedly, the elephant has been tied to a tree and two men could be seen thrashing the animal.

The incident has been reported from a rejuvenation camp of elephants at Coimbatore in Tamil Nadu.

According to reports, he was beaten because he allegedly thrown the mahout from his back.

As per a report published in The New Indian Express, the mahout and his assistants have been booked under the sections of the Wildlife Protection Act. The arrested people have been identified as Vinil Kumar and his assistant Siva Prasad.

The incident comes to light after some people of Masinagudi had thrown a burning tyre on an elephant. The animal after getting injured died on the way to medical treatment.

Cruelty to elephants has been reported previously also when it outraged the nation when someone fed explosives to an elephant.