Only 1% of Sikh youth indicated they had never prayed, compared to 7% of Christians, 8% of Muslims, and 9% of Hindus. 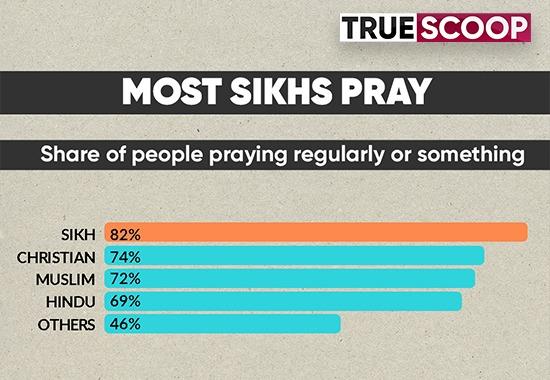 According to a survey conducted last week, the vast majority of Sikh youth are very religious, and only 1% of them have never prayed.
The survey, titled 'Indian Youth: Aspirations and Vision for the Future,' was undertaken by the Centre for the Study of Developing Societies (CSDS) in conjunction with the German think tank 'Konrad Adenauer Stiftung' in July-August this year (KAS).
A total of 6,277 people aged 18 to 34 years old from 18 states took part in the survey.
The statistics showed that, as compared to other communities, Sikh youngsters were more likely to pray or visit a place of worship even when there was no celebration. On this count, however, most Sikhs are not as consistent as Hindus or Muslims. 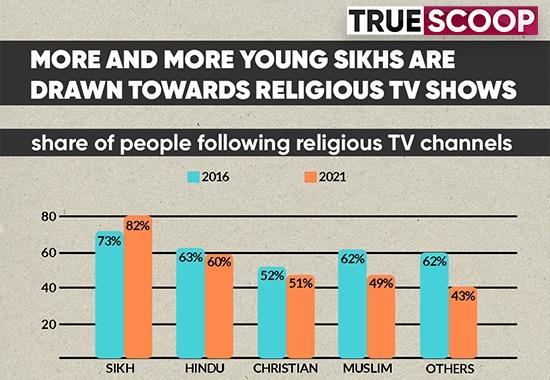 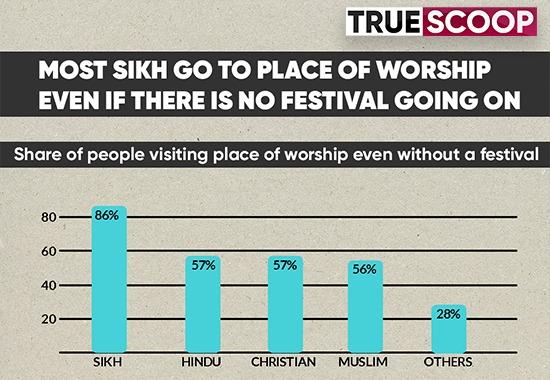 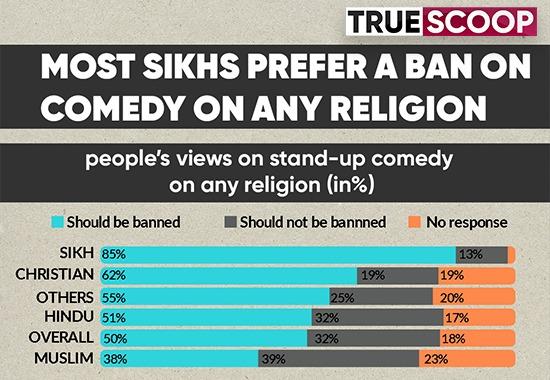 Sikhs had the lowest percentage of respondents who said they "never pray" or "never visit a place of worship."
Only 1% of Sikh teenagers indicated they had never prayed, compared to 7% of Christians, 8% of Muslims, and 9% of Hindus. When those who pray on a regular basis rather than just at festivals are added together, the number of Sikhs who participate in religious activities rises to as high as 80%.
Over 80% of Sikh respondents agreed that comedy about religious issues should be banned, the largest percentage of any major religious group surveyed.
Also read: How secure is Modi's new S-Class Maybach
“In the context of growing intolerance towards comedy on religion and religious leaders, we decided to find opinions of young Indians on this issue, especially since many of the protests in the recent past against what is perceived as ‘objectionable’ content have featured young participants,” the survey report said.
“The answers were quite revealing. In response to each of these questions, around half of all young respondents answered in the affirmative, that is, they favored the banning of humorous content on religion,” it added.
The average Indian youth also backed a ban on both the making of comedy films about religious leaders and stand-up comedy about any faith, according to the study.