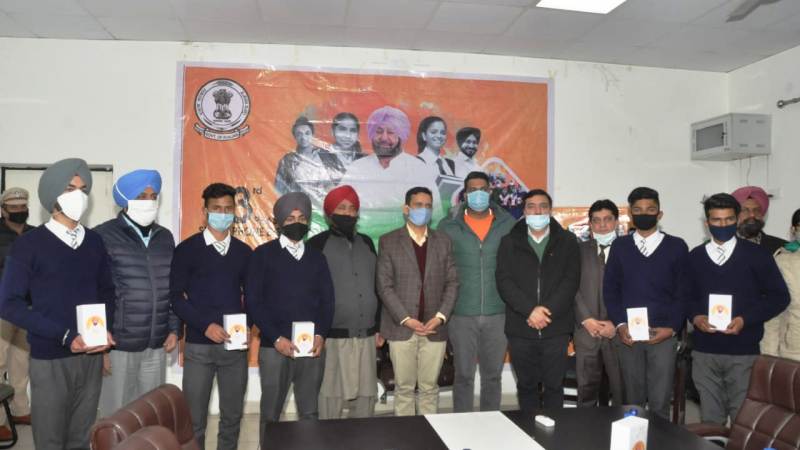 Jalandhar, December 31- Ensuring that no students of government schools left behind in accessing e-learning amid the Covid pandemic, Deputy Commissioner Ghanshyam Thori on Thursday launched the third phase of the Punjab Smart Connect Scheme by handing over phones to 10 students, in the district administrative complex.

A total of 3468 smartphones were distributed among the class XII students of government schools during the functions held simultaneously at nine places of the district.

He said that the Punjab Government led by Chief Minister Capt Amarinder Singh has taken this path-breaking digital initiative to ensure the study of the government schools’ students does not get disturbed amid the pandemic which has halted the routine classes since March.

He said that smartphones have equipped the students/teachers to meet the challenge of learning through online classes.

Thori asserted that the students would further have easy access to relevant information about their course besides they can avail citizen services online with the help of smartphones easily.

He also added that youth would also get information about employment opportunities, job fairs, and recruitment drives under the Ghar-Ghar Rozgaar program of the state.

Deputy Commissioner said in Jalandhar, 11894 smartphones have been distributed under the scheme including 2116 in the first phase, 6310 and 3468 in the second and third phases respectively.