6310 total smartphones to be given in the second phase, step aimed to digitally empower government school students amid pandemic 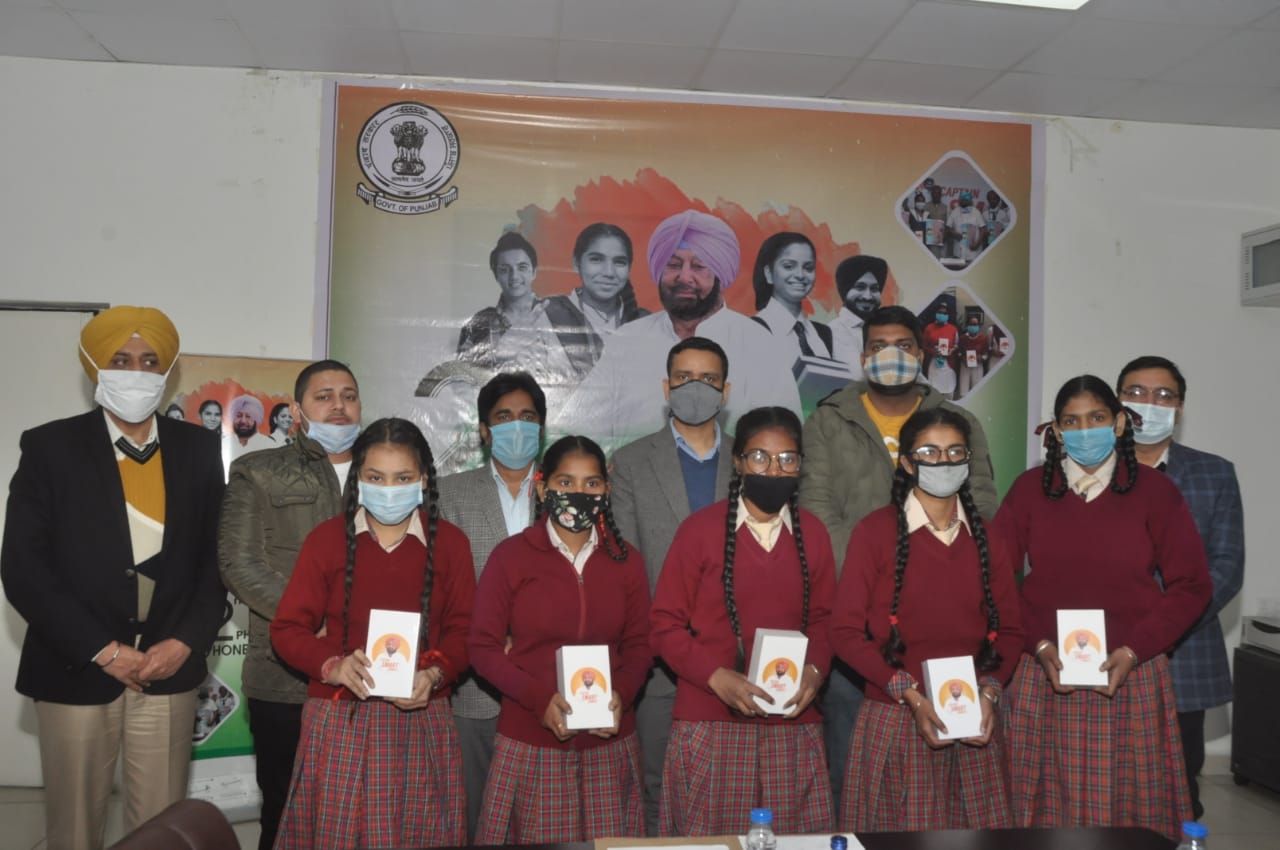 Continuing the endeavour to fulfill the poll promise of the Punjab Government to empower young students digitally amidst the Covid-19 pandemic, Deputy Commissioner Ghanshyam Thori on Friday unveiled the second phase of ‘Punjab Smart Connect Scheme’ by distributing smartphones to 11 class XII students of government schools.

Deputy Commissioner accompanied by Additional Deputy Commissioner (G) Jasbir Singh said that this is a historic step taken by the Chief Minister Capt Amarinder Singh led Government to equip all those students of schools especially Government Schools, who were facing difficulties in accessing the online study material or other Educational content in these trying situations of Covid.

Thori said that the pandemic has severely affected routine classes in the schools, which led to an adverse effect on the poor and rural students especially of government schools as they were facing several problems in getting equal opportunities like others in private educational institutions.

He said that this move would not only ensure the students remain connected with education but will also empower them digitally.

The Deputy Commissioner said that under this second phase, phones would be given to 6310 students of the 12th class in government schools, and 2116 smartphones were distributed during the first phase of the scheme.

He further that the students would be able to access relevant information about their course besides they can avail citizen services online with the help of smartphones easily.

He also added that youth would also get information about employment opportunities, job fairs, and recruitment drives under the Ghar-Ghar Rozgaar program of the state.

On Friday, a similar phone distribution program was held at 73 schools of various constituencies of the district.