India has moved up 79 positions in the World Bank's Ease of Doing Business' rankings since 2014. 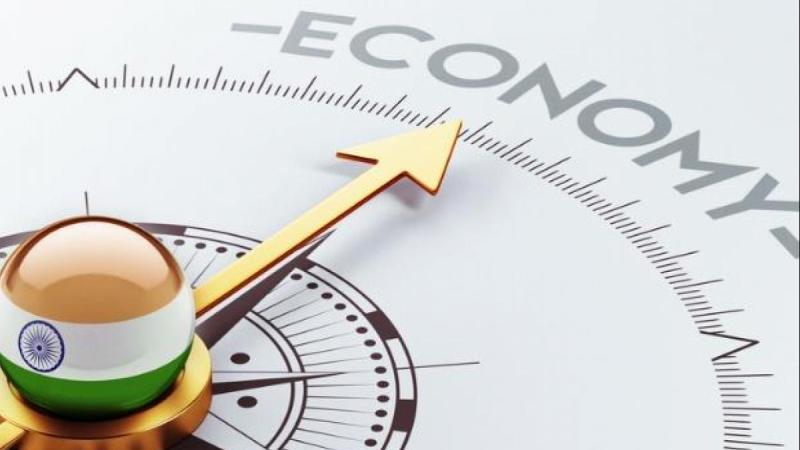 No one ever thought of the scale and magnitude of disruption that was caused by the Covid-19 pandemic. In the aftermath, the resurgence would be equally trying especially in a country like ours with a complex economic framework. However, we need to applaud the government for paving the way for an impressive recovery, with a judicious mix of spending and structural reforms. The outcome of the efforts visible in the Q2 numbers which showed a single-digit economic contraction of 7.5 per cent as compared to 23.9 per cent in Q1. The figure beats the global average, where according to an analysis, 49 economies declined at an average of 12.4 per cent.

The jubilations and optimism mirrored in the financial markets, business houses, and the government. If the current optimism and rally gets carried unabated then as per the official and unofficial forecasts, India's economy is likely to return to the pre-Covid levels by the end of the current fiscal year which is a much shorter timeframe than expected. The Reserve Bank of India (RBI) prediction of a positive growth in the H2 FY21 is substantiated by the fact that in the recently published Q2 data, the manufacturing PMI is above 50 for the fourth straight month which is only 11 percentage points lower than pre-Covid-19 levels. It is worth noting that unemployment levels are currently on a decline; the 6.7 per cent the unemployment rate for September was lower than the pre-Covid-19 level of 7.6 per cent in February.

Like always the world has taken notice of the positives and showed faith in India's story once again as visible in the growth numbers of segments such as foreign direct investment (FDI), foreign policy investment, and corporate bond market inflows. It all points to strong investor faith in India's economic resilience. Besides, upwards revisions by rating agencies in India's GDP forecast are all repeating the same story that we have kicked in the rebound phase.

Also read: "No doubt why Sushant left you": Netizens slam Ankita Lokhande for partying with Sandip Ssingh on her birthday

The unleashing of structural reforms and the stimulus packages announced by the government did take effect in various sectors as the fiscal response has been calibrated to reap maximum benefit. The one that stands out is the extension of the 100 percent credit guarantee scheme to 27 stressed sectors. Besides, fiscal stimulus and tax rebates for growth-critical sectors, such as housing, would have spillover effects, thus indirectly boosting demand-led growth. Reforms and timely fiscal interventions in other critical sectors are already showing positive results: the Gross Value Added (GVA) for three sectors-- agriculture, manufacturing, and utilities-- has been positive in Q2, as compared to just one, the agriculture sector, in Q1 this year. Similarly, the expansion of production linked incentive (PLI) schemes --that give incentives to firms-- worth?1.46 lakh crore for 10 new sectors will give a boost to the manufacturing sector, and result in long-term benefits for the economy.

The liberalization of the notoriously rigid formal labour market would expedite India's upward movement in the ease of doing business rankings, and attract further investments., India has moved up 79 positions in the World Bank's Ease of Doing Business' rankings since 2014.

The stimulus packages and therefore, additional non-budgeted spending --along with falling tax revenue,-- by the government to wean off the COVID crisis has led to pushing India's budget gap wider to 8 percent of GDP in the current financial year, more than double the targeted 3.5percent. The expanded support package-- to rescue companies and save jobs amid the pandemic--given by the government amounts to 15 per cent of the economy, adding to the global stimulus that has touched $12trillion. The fear that the fiscal deficit will loom large on the government in the future to manage fiscal prudence is not unfounded. However, the finance minister has assured time and again that fiscal deficit fears won't derail government spending as government spending is important to bring the economy on track. The forthcoming union budget will focus on public spending on Infrastructure to ensure sustainable economic revival. There is a dire need to reinstitute Infrastructure Development Bank for long term funding of infrastructure projects.

Globally countries that have committed to stimulus spending as high as 20 per cent of their GDP is now resorting to additional taxation, helping fuel a recovery in the economy. In India, the government is finding other routes to keep fuelling the economic engine as the FM said that the government will push PSUs to accelerate spending as the government can't afford to curb spending at this juncture of economic crisis.

Authorities to the Rescue

A multipronged policy response -- the efforts and intelligent balancing act done-- by the apex bank in India, the RBI, during the Covid crisis is praised by the government and the people of India, equally. The reduction of key interest rates along with the restructuring of outstanding loans, moratorium of given to the borrowers and extension of on-Tap TLTRO to 26 stressed sectors under the Emergency Credit Linked Guarantee Scheme(ECLGS 2.0) are some of the strategies that has helped the businesses tide over the crisis.

The way RBI is trying to resolve the shadow banking crisis that has plagued the country since 2018 has found many takers including the government. The government on the other hand is rooting the idea of privatising a couple of state-run banks that have received cabinet approvals.

The year 2020 may not have belonged to India, but the future certainly belongs to this nation for its resilience, faith, and sheer optimism.