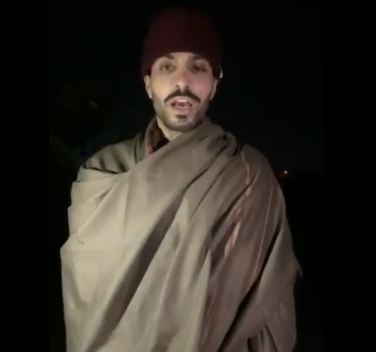 The police have arrested Deep Sidhu, who has been accused of inciting the unrest at Delhi's Red Fort on Republic day at a time when the tractor parade by agitation farmers run amuck. Allegations are being leveled against Sidhu that he did Facebook live during the flag hoisting by farmers at Red fort.

Delhi police had announced a cash reward of Rs 1 Lakh each for information leading to the arrest of Deep Sidhu, Jugraj Singh, Gurjot Singh and Gurjant Singh in their alleged involvement for inciting unrest on Republic day. Similarly, the Delhi Police had announced reward of Rs 50,000 each for the arrest of Jajbir Singh, Buta Singh, Sukhdev Singh, and Iqbal Singh for their alleged involvement in the the January 26 unrest.

Farmers protesting against the three contentious laws carried out a tractor parade to mark their protest on January 26 but the protesting farmers enter Red Fort and hoisted two flags: Nishan Sahib (a Sikh religious flag) and farmers' union flag. Later on the protest as per police turned violent and many policemen got injured in a clash with farmers.

After the tractor parade, the Delhi Police have detained many protesters, according to the protesting farmers and their leaders. The Delhi High Court has yesterday dismissed a petition seeking release of 'Illegal detained' people by the police. Moreover, the government of Punjab has started a helpline number, 112, for getting details and hear grievances of the people.

In one of the videos on Facebook, Sidhu also justified his actions and asked people about who could hoist the Nishan Sahib on Red fort. He claims that no person from BJP-RSS will ever hoist Nishan Sahb on Red fort. He uploaded this video after he was accused or branded as traitor and allegedly linked to BJP or RSS. More recently, it has also come to light that Sidhu's friend from abroad used to upload videos on social networking site, Facebook.