Indian cricketer Deepak Chahar shared a dance video almost three weeks after the wedding. In this video, Chahar is seen doing a romantic dance with his wife Jaya Bhardwaj. 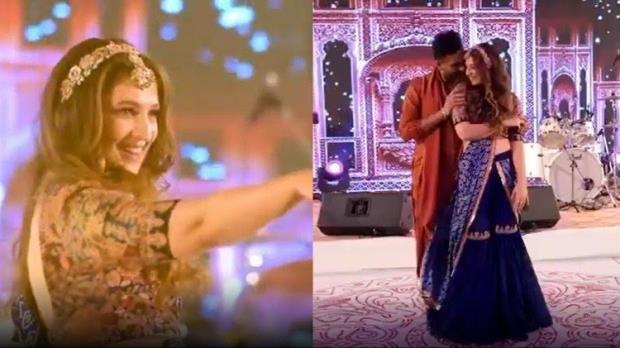 Indian cricketer Deepak Chahar shared a dance video almost three weeks after the wedding. In this video, Chahar is seen doing a romantic dance with his wife Jaya Bhardwaj. Along with this, he has written that during this time there was more pressure on him than in the cricket match. Deepak Chahar married his girlfriend Jaya Bhardwaj on June 1. This marriage took place in his hometown Agra and celebrities from the cricket world became a part of this marriage.
Sharing the video of his wedding dance, Deepak Chahar has also told through the hashtag that he had to do this dance under compulsion and this was his first and last dance. After that, he will not dance.
Deepak Chahar dancing to the song Miss Khiladi, he is dancing along with his wife Jaya Bhardwaj to the song Miss Khiladi Chahi. The song is from the 1997 film Mr Aur Mrs Khiladi, starring Akshay Kumar and Juhi Chawla in the lead roles. Deepak and Jaya did a very romantic dance on this song and both were looking very good together.

In this video, Jaya is seen dancing alone. The song chosen by the newly married couple was Bole Chudiyan, Bole Kangana for this. The song is from the movie Kabhi Khushi Kabhi Gham, which starred Shah Rukh Khan, Hrithik Roshan, Kareena Kapoor and Kajol in the lead roles. Apart from this, Amitabh Bachchan and Jaya Bachchan were also a part of this film.
Also Read: Jos Buttler credits IPL for the batting exploits against Netherlands
After marriage, Deepak Chahar is returning to the cricket field. Chahar has not been playing cricket for a long time due to a back injury. He could not play any match in IPL 2022 as well. 29-year-old Deepak has now made a comeback and shared a video of himself practising in the nets. Chahar played his last match on 20 February. After this, he was out due to a hamstring injury and during his return, he also suffered a back injury. Because of this, Deepak has not played any match for a long time. Now his return to the World Cup squad will also be difficult.