9 November Before 2000, Dehradun was considered a city of retired people. Doon Valley was known for its beautiful weather, serene atmosphere, canals, basmati rice, litchi, bakery products and educational institutions. There are 1477 square kilometers of forests in Dehradun, which is 43.70 percent of the total area of the district. They supply fuel, fodder, bamboo and medicinal herbs as well as various products like honey, lacquer, gum, resin, catchu, wax, horn and hides. 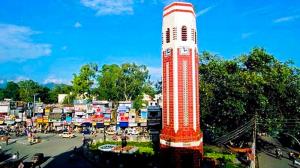 With the formation of new state Uttaranchal on 9 November 2000, Dehradun became the temporary capital of the state. If the government started running from Dehradun, the development work also accelerated here. The character of the city began to change rapidly with the population here, but is still known for the hub of Doon education, very beautiful hill stations like Mussoorie-Chakrata and tourist destinations like Sahasradhara, Robber's Cave, Doon School . 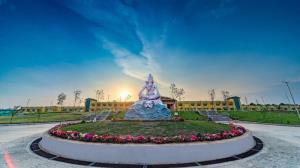 Dehradun district is surrounded by Himalayas in the north and Shivalik hills in the south. The Ganges River in the east and the Yamuna River form the natural boundary in the west. The district is divided into two major divisions, with the main city of Dehradun being an open valley surrounded by Shivalik and Himalayas and the second part is Jaunsar Bawar which is situated in the hilly part of the Himalayas.

Dehradun is surrounded by Uttarkashi district in the north and northwest, Tehri and Pauri district in the east. It is bounded by Sirmaur district and Tons and Yamuna rivers of Himachal Pradesh on its western border and Haridwar district in the south and Saharanpur district of Uttar Pradesh form its boundary. Apart from Ganga and Yamuna, the major rivers coming to Dehradun are Asan, Susva, Tons, Respana, Bindal and Amalava.

Dehradan has two main ideas about naming. According to the first, it is made up of two words Dehra and Doon, in which Dehra is a corruption of Dera. It is said that Sikh Guru Sri Har Rai's son Guru Ram Rai came to the Doon Valley, so he established his camp here to live in this area for himself and his followers. Later the development of the city was around this camp. Due to the word Dera being associated with the word Doon, this place was called Dehradun. 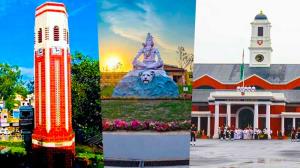 Even today, thousands of people gather in the flag fair held every year in Guru Ram Rai's Darbar Sahib. According to Mannat, devotees coming from Haryana and Punjab wait more than a hundred years to ascend the flag in Darbar Sahib.

Apart from this, it is also believed that the name of Dehradun was earlier Dronnagar. According to the belief, Guru Dronacharya of Pandavas and Kauravas had made it their taphobhoomi and this city was named after them. Some people are now also calling Dehradun as Dronanagari.

Institute of teaching and national importance 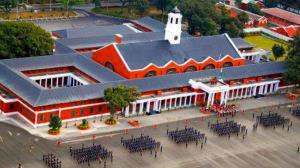 Dehradun was considered to be the hub of education from the time of the British. Apart from the famous Doon School, there are many such famous schools which are more than a hundred years old. Apart from Doon School, there are many big schools like Welhams (Girls and Boys) School, St. George's College Mussoorie, St. Joseph's Academy, in which the country's well-known people have studied.

Apart from Dehradun city, Mussoorie, Chakrata, Rishikesh district are the main centers of attraction for tourists. Every year in summer, millions of tourists reach these three tourist destinations. In view of the increasing number of tourists every year, work is being done to improve access to these tourist places. Rope-way construction work is going on from Dehradun for Mussoorie, while work is being done on the metro train project for Rishikesh.

There are many scenic tourist places inside the city of Dehradun as well. These include sightseers such as Tapkeshwar Temple, Malsi Deer Park (Zoo), Kalanga Memorial, Laxman Siddha Temple, Chandrabani, Sai Durbar, Gucchu Pani, Tapovan, Santaladevi Temple and and Wadia Institute.