Only nine have birth certificates while 61 do not: Arvind Kejriwal passes resolution against NPR and NRC

The resolution came after the Parliament made "certain amendments to the Citizenship Act, 1955, through the CAA which was assented to by the President on December 12, 2019". 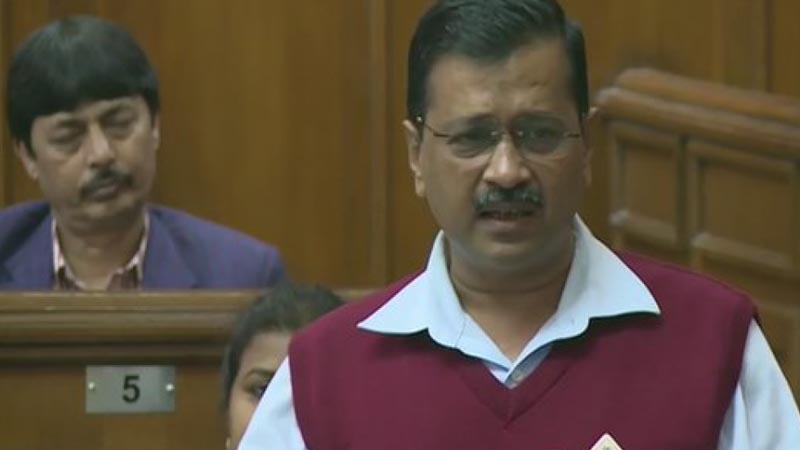 The Delhi Assembly on Friday passed a resolution urging the central government to withdraw the entire exercise of the National Population Register (NPR) and the National Register of Citizens (NRC), and if it does go ahead then the NPR should only be done by the 2010 format with no new fields added to it.

Cabinet Minister Gopal Rai on Friday moved the resolution in the Delhi Assembly during a one-day special session and demanded that the Centre should instead focus on the economy and coronavirus outbreak in the country.

In his resolution, Rai demanded that if the exercise to build a National Population Register (NPR) is to be carried out, it should be in accordance with the 2010 format.

The resolution came after the Parliament made "certain amendments to the Citizenship Act, 1955, through the CAA which was assented to by the President on December 12, 2019".

It said the exercise for updating the NPR is going to start very soon with nine new points proposed.

Rai appealed to the Centre that in the interest of the nation, particularly when the economy is witnessing worst ever downslide, unemployment is growing and with the threat of coronavirus pandemic looming large, "it invests all its energies and resources on real needs of the people of India rather than unnecessary issues like NPR/NRC."

Speaking in the Assembly while tabling the resolution, Rai said on the basis of the NPR, the National Register of Citizens (NRC) will be done.

"People are scared of this...The Centre should roll back the NRC and the NPR. Even if they wish to go forward, the NPR should be done as per the 2010 format," Rai said as he moved the resolution.

Rai said if the NPR has to be implemented, it must ensure that all new entries in the NPR are withdrawn. He said there has been an attempt to create an image that it will favour a particular community and will be against another.

"I want to say that NPR and NRC have nothing to do with any community or religion. It will be imposed on all the people and will affect all. Assam is the best example of it. Out of the 19 lakh people who could not make it to the list, 14 lakh were Hindus. If it is implemented across the country, the Hindus will be most affected."

He slammed the Central and BJP leaders for conflicting statements on the NPR, NRC and the CAA.

Delhi Chief Minister Arvind Kejriwal said if the NPR is done, nothing can stop the NRC, saying both Hindu and Muslims will be forced to go to the detention centre if they failed to prove their citizenship.

Speaking in the Delhi Assembly during the special session, Kejriwal said along with Delhi, 11 states have said they will not implement the NPR and NRC. "This is a big message."

"Under the NPR and the NRC, the public will be asked to prove their citizenship. 90 per cent of the people have no official birth certificate to prove this. Will everyone be sent to the detention centres? This fear is haunting everyone. My appeal to the Centre is to stop NPR and NRC," said Kejriwal.

He said the whole world is facing coronavirus. "In our country also, this should be the biggest fear. Even unemployment is at a peak. The economy is in bad shape.

All governments should focus on these things.

"At a time when there are real issues before the people, they give an imaginary issue to the people, this is not a thing in favour of the nation or its people," said Kejriwal.

"Out of the 70 Assembly members, only nine have birth certificates while 61 do not," Kejriwal said.