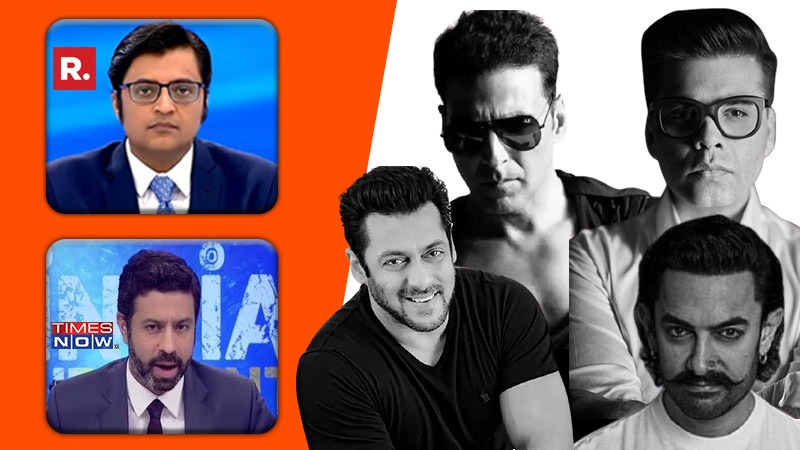 The Delhi High Court on Monday issued summonses to various media channels, including Times Now and Republic TV, on a petition filed by four Bollywood associations and 34 producers, and asked these outlets to come up with a "reasonable solution" for improvement in standards of news reporting.

The petitioners have sought a restraint on news channels from making or publishing what they dubbed as "irresponsible, derogatory and defamatory" remarks against Hindi film industry and its members.

Justice Rajiv Shakdhar sought the responses from media channels and posting the matter for further hearing on December 14.

While the court was hearing the matter through videoconference, petitioners' counsel Rajiv Nayar submitted that it all started with the suicide of actor Sushant Singh Rajput, which became murder, then Bollywood became criminal, then drug peddlers and now ISI-linked. "This is the course of this defamation complaint," he said.

Senior Advocate Akhil Sibal, who also appeared on behalf of Bollywood entities, submitted that there's a disjunct between the normative idea of journalism and the work done by a certain section of TV media.

"Courts have traditionally, in the past, expressed the hope about self-regulation, auto-course correction. So they have been circumspect. But the point is -- it (course correction) is not taking place," he added.

Sibal argued that the Press cannot convict anyone. "Evidence is scrutinized by the court, not by the media channels," he remarked.

"There is a statutory scheme under the Cable Television Networks (Regulation) Act, which these channels are bound to abide by," he submitted.

The court questioned: "Why haven't they (Bollywood celebs) become a party to this suit themselves? Since they are aggrieved, they should approach individually." It said that this shows that these individuals are hesitant in claiming damages.

The High Court also questioned news channels what should be done to improve reporting standards. "If you are not exercising self-restraint, then what shall we do? Your undertaking before the courts are not working too," the court observed.

"The black-and-white Doordarshan era was much better, I feel," it added.

"People are scared about the Fourth Estate. Even if the issue regarding the privacy of public figures is diluted, you (news channels) cannot drag their personal lives into the public domain," said Justice Rajiv Shakdhar.

The petitioners have urged the court to see that the defendants abide by the Programme Code under the Cable Television Networks Rules, 1994, and to withdraw, recall and take down all defamatory content published by them against Bollywood.

Also Read: Felt it was plumb: Dhawan tells Yuvraj about his dismissal against SRH

This comes in the wake of alleged use of words and expressions like "dirt", "filth", "scum" and "druggies", "it is Bollywood where the dirt needs to be cleaned", "all the perfumes of Arabia cannot take away the stench and the stink of this filth and scum of the underbelly of Bollywood", "this is the dirtiest industry in the country", and "cocaine- and LSD-drenched Bollywood" by these channels.