The ED was conducting raids, which began this morning, in Bengaluru, Hyderabad, Chennai, Delhi-NCR and in Nellore (Tamil Nadu). Author : Ujjwal Samrat 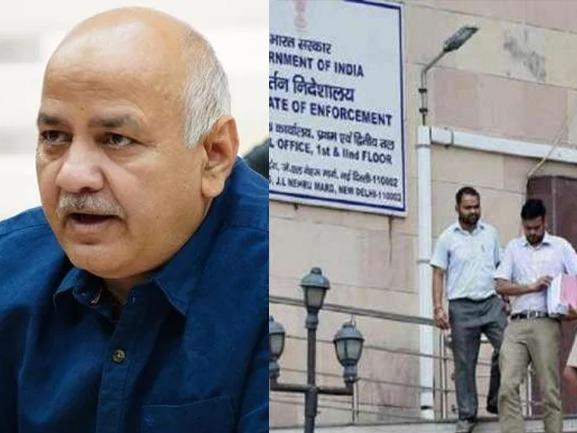 In a latest development in the Delhi excise policy scam case, the Enforcement Directorate (ED) on Friday was conducting raids at more than 40 locations across India. According to information, the ED was conducting raids, which began this morning, in Bengaluru, Hyderabad, Chennai, Delhi-NCR and in Nellore (Tamil Nadu). A team of ED was also all set to visit the Tihar Jail to record the statement of Delhi's Health Minister Satyendra Jain.

The ED's case is on the basis of an FIR of the Central Bureau of Investigation (CBI).

The CBI has made Delhi Deputy Chief Minister Manish Sisodia as the accused number one in its FIR. The CBI's FIR has been lodged under sections 120-B (Criminal Conspiracy) and 477-A (Falsification of accounts) of the IPC. The allegations against Sisodia is that liquor businessmen were allegedly given exemption of Rs 30 crore. The licence holders were allegedly given extension according to their own will. The policy rules were made by violating excise rules.

It also said that Sisodia and a few liquor barons were actively involved in managing and diverting the undue pecuniary advantage collected from liquor licensees to public servants, who have been made accused in the case.