Sidhu Moosewala Murder Case: Sharpshooters Priyavart Fauji and Kashish have been arrested by the Delhi Police in connection with the murder of Punjabi singer Sidhu Moosewala. 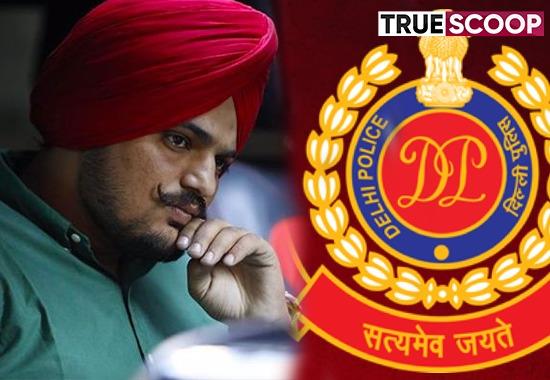 Sidhu Moosewala Murder Case: Sharpshooters Priyavart Fauji and Kashish have been arrested by the Delhi Police in connection with the murder of Punjabi singer Sidhu Moosewala. Both of them were hiding with their third partner Keshav in a rented house near Mundra Port in Gujarat.
Delhi Police also revealed that a total of 6 sharpshooters were involved in Moosewala's murder. Who came riding in Corolla and Bolero. Delhi Police also revealed that sharpshooters had also planned a grenade attack on Moosewala if the weapon failed or if there was any danger on the spot. After the murder of Moosewala, these sharpshooters called Goldy Brar said that the job is done.
HGS Dhaliwal, Special Commissioner of Police, Special Cell of Delhi Police told that 2 modules were active to carry out the murder of Moosewala. Both were in touch with Canada-based gangster Goldy Brar. Kashish was driving the Bolero. The head of that team was Priyavart Fauji. He was accompanied by Ankit Sersa and Deepak Mundi. Jagroop Roopa was driving the Corolla car. Manpreet Mannu was sitting with him.
Sharpshooters Priyavart Fauji and Ankit Sersa were seen on May 25 at the Bisla petrol pump in Haryana. These sharpshooters were identified from the oil slip of this pump, which was recovered from their Bolero after absconding after committing the crime.
Also Read: Sidhu Moosewala. :Two main shooters involved in Moosewala's murder arrested
First Moga's sharpshooter Manpreet Mannu fired at Moosewala with an AK47. Whose bullet hit Moosewala. Due to this, the Thar of Moosewala stopped there. Then it landed from Corolla and 4 shooters also landed from Bolero. All 6 sharpshooters fired. When they came to know that now Moosewala would not be able to escape, they fled from there.
After leaving the Bolero, Keshav took it in another car, after the incident, Mannu and Roopa went separately. The remaining 4 people went away to Bolero. After a few kilometres, Keshav made them sit in his car. From there it reached Fatehabad. After staying there for a few days, they went ahead. He kept hiding in many places. On June 19, in the early hours of the morning, the Special Cell of Delhi Police arrested them from Khari Mitti Road near Mundra Port. He had taken a house on rent through a local dealer.
According to the Delhi Police, 8 high explosive grenades, and under-barrel grenade launchers have been recovered from these accused. It can also be used on AK47. Apart from this, one assault rifle, 3 pistols, 36 round cartridges, and one part of AK series assault rifle have been found.
Fauji Priyavart Fauji, prize money of 25 thousand, is a resident of Garhi Susana in Sonepat, Haryana. A total of 11 cases, including two murders, are registered against the infamous Priyavart. A case of murder is registered against him in Kharkhoda and Baroda police stations of Sonipat. He has been arrested in 10 cases. After this, his name came up in the Krishna murder case a year and a half ago. After which Haryana Police placed a reward of 25 thousand on him.
Punjab Police has identified 4 sharpshooters in this case. This includes Priyavart Fauji and Ankit Sersa of Sonipat in Haryana, Jagroop Roopa, a resident of Amritsar, Punjab and Manu Kussa, a resident of Moga. Punjab Police is looking for all these four.