As per Delhi Police sources, many suspicious articles were found in Shahrukh Khan's house. Inflammable objects were found in polythenes while acid and petrol bombs were recovered from Tahir's house. 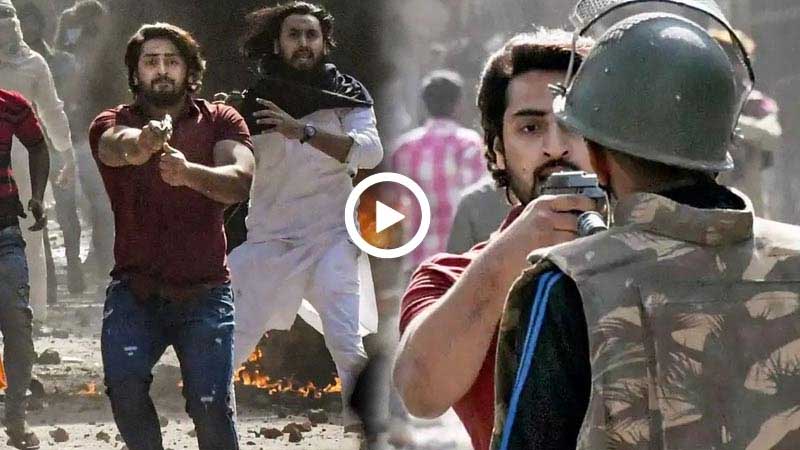 The family of Shahrukh, who pointed a pistol at a Delhi Police Constable during the recent violence in northeast Delhi, has disappeared. Now, along with Shahrukh and AAP Councillor Tahir Hussain, the police is searching for Shahrukh's family as well.

As per Delhi Police sources, many suspicious articles were found in Shahrukh Khan's house. Inflammable objects were found in polythenes while acid and petrol bombs were recovered from Tahir's house.

A Joint Commissioner level officer of Delhi Police, requesting anonymity, told IANS: "Arrests of Shahrukh and Tahir are very crucial for us. Both could prove vital links in the investigation".

The police are recovering big petrol and diesel cans from some houses and streets. Thousands of chilly powder packets have also been recovered. These apart, 20-20 kg of iron nails and glass marbles have been found. These things were being used to make petrol bombs, the officer said.

Another officer, who is also a member of the Special Investigation Team formed to probe the violence, said: "Catapults, made indigenously, were found installed on the roofs of many houses in Jafrabad and Mustafabad. It is expected that these catapults were used to throw petrol, acid and chilly bombs 100 metres away".

Around 200 FIRs have been lodged so far in this connection and out of these, 40 contain murder related sections. These FIRs include charges of instigating violence, arms act, attempt to murder, causing harm to government property and obstructing the government's work.

Around 1000 people have been arrested so far in the violence-related incidents.