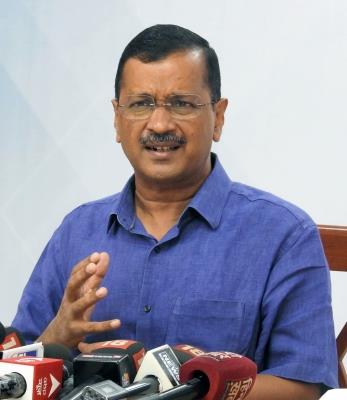 Chief Minister Arvind Kejriwal on Saturday said Delhi has to decide in the coming Civic body polls whether they need BJP's ten videos or ten works of the Aam Aadmi Party.

"During the investigation in connection with the alleged scam in the liquor policy, a total 800 officers worked for 24 hours and raided 500 places. They were saying that there is a scam of Rs 10,000 crore. They checked Sisodia's bank account and went to his village for investigation," the Chief Minister said.

"An additional charge sheet may come for face saving. The investigation is going on since 2015, it will continue throughout life," he claimed.

"We have got a certificate of honesty from the PM. The Prime Minister is looking into this matter personally. But despite all the investigation, he could not find evidence against Manish ji. We can proudly say we are brutally honest", he claimed.

Criticising Prime Minister Narendra Modi, he said, "Prime Minister Ji, you work for 18 hours, but you spend all the time in blaming others and mudslinging. If you work properly even for two hours, then inflation will come down."

On the jailed minister Satyendar Jain's video which surfaced in the morning, Kejriwal said, the public has to decide whether they want 10 works of Arvind Kejriwal or 10 videos of BJP.