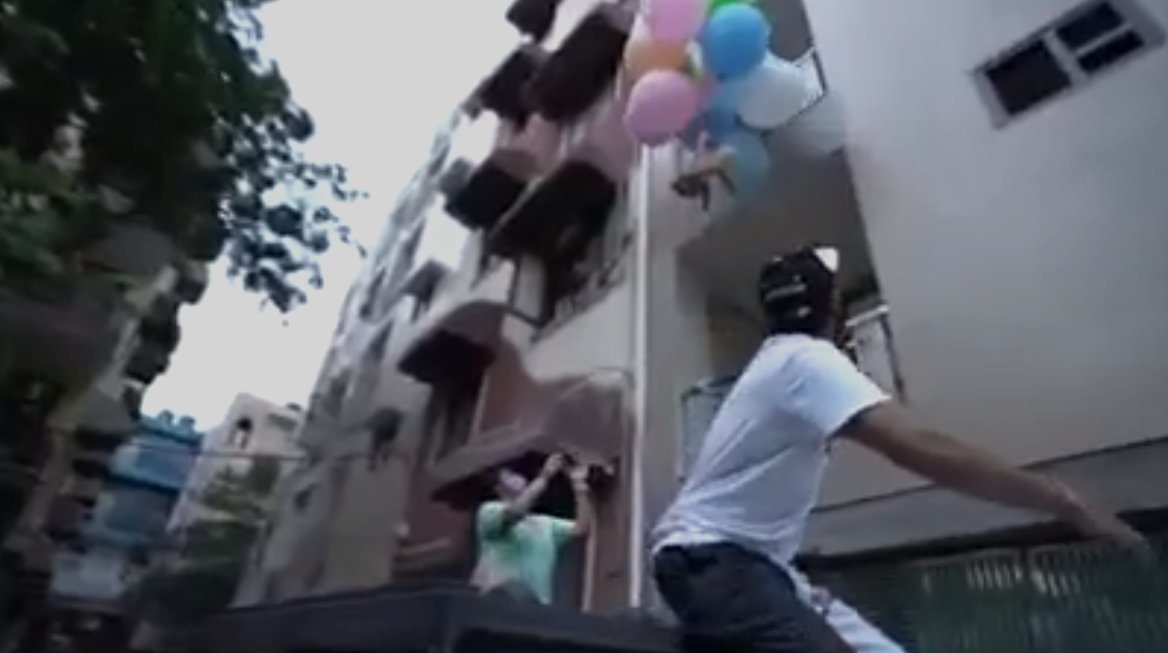 The man has a youtube channel whose name is ‘GauravZone’, with around four million subscribers who had recently uploaded a video which has created huge outrage. The video which is now deleted from the channel showed Gaurav, the owner of the channel, and few others along with the dog Dollar. The video was captured in the park.

The video was pulled down after complaints by Animal rights Organizations. Members of People For Animal have raised the issue and have filed a case against the YouTuber

In the video, the dog was tied with colourful hydrogen balloons. Gaurav explains as he demonstrates the act and said, “The upper body has started flying a little.”

Then he asked the dog to run and said that it will fly if he would run. The YouTuber is also seen as he sits on the top of a four-wheeler in a narrow street and the dog floats in the air up to the second floor of the building.

Recently, he has uploaded an apology video and explained that why the ‘flying dog’ video has been deleted from the channel. He further said that “All precautionary measures were taken”.

He said, “Before making the video, I had taken all the safety measures. I had said this in the video but did not upload this part as the length of the video would be increased. It was my part of the mistake. All I want to say is that I had made the video will all safety measures.”

He further said, “I treat my dog, Dollar as a family member. I felt bad after watching the video. This would not happen again. If the sentiments of the viewers have been hurt, I truly apologize for my actions.”