The constable has been arrested by the police. 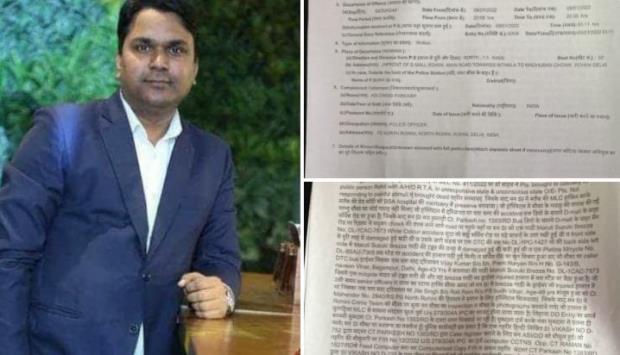 A shocking incident has been reported from Budh Vihar Rohini, Delhi in which a Zomato delivery guy has been killed after being hit by a cop’s car. The constable has been arrested by the police.
The accident took place on January 8. Salil Tripathi, the victim, was the only earning member in his family. His father died last year due to Covid.
A Delhi policeman said, “A Zomato delivery executive died after a police constable, who was driving a car allegedly under alcohol influence hit his bike in Budh Vihar, Rohini on Saturday. The victim was the only earning member of his family. His father died of Covid. The constable has been arrested."

Also read: Jalandhar: Thief stole a BMW car from model town area, investigation on
A Maruti Breeza car had hit a DTC bus and a bike rider in Rohini. The car has been driven by constable Mahendra.
The constable was under the influence of alcohol. Police have been investigating if Salil was also under the influence of alcohol or not. The eyewitnesses recorded the incident. In the video, it is evident that the constable was not in his senses.