The genome was named such because similar strains like those of Delta and Omicron. Kostrikis and the team at the University of Cyprus have identified 25 cases 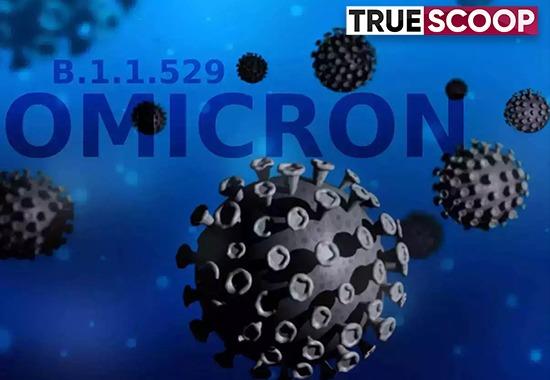 Deltacron a variant involving the genome sequencing of the infamous Delta and Omicron has surfaced in Cyprus on January 7th. The country so far has reported 25 cases and the information was sent to GISAID, the international body that tracks the changes in the virus.
According to Leondios Kostrikis, professor of biological sciences at the University of Cyprus, “There are currently omicron and delta co-infections, and we found this strain that is a combination of these two. "
The genome was named such because similar strains like those of Delta and Omicron. Kostrikis and the team at the University of Cyprus have identified 25 such cases and the statistical analysis shows that the infection rate of this variant is higher. Also, the variant prevails more in those admitted in the hospital due to covid-19 as compared to non-hospitalized patients.
Kostriks says, "We will see in the future if this strain is more pathological or more contagious or if it will prevail". In his personal views, the new cocktail would be overpowered by the much contagious omicron variant.
Also Read:Omicron maybe '1st ray of light' against Covid: UK scientist
At this point, no worldwide health authority has perceived or assigned the Deltacron variation. While a definite report is yet to be done on how the new Deltacron variation will affect the world, Leondios has said the "new strain is probably going to be uprooted by the profoundly infectious Omicron variation".
A few virologists say that Deltacron is certainly not another variation as it can't be followed or plotted on a phylogenetic tree of SARS-CoV-2 infections. In a tweet, virologist Tom Peacock said, "The Cypriot 'Deltacron' successions announced by a few enormous news sources seem to be plainly pollution - they don't group on a phylogenetic tree and have an entire Artic groundwork sequencing amplicon of Omicron in an in any case Delta spine."